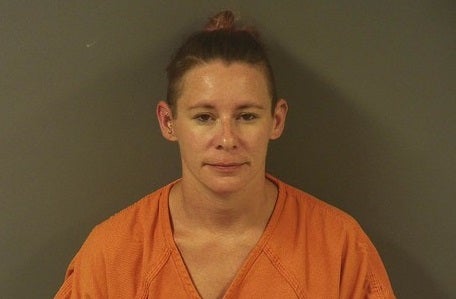 GREENCASTLE, Ind. (WISH) — Multiple threats to employees of the Putnam County Department of Child Services by a Roachdale woman led to her arrest.

Police found that Lacie Zeller, 40, was behind the threats. Employees claimed that Zeller intimidated and threatened to physically harm them.

Indiana State Police began the investigation on April 28 after receiving word from four employees of the department.

Police say these threats occurred both in-person and in several phone and text conversations with Zeller.

According to police, she approached an employee’s vehicle in Greencastle. Closely following them, police said she began beating on the car windows and screaming at the worker at stop lights.

Zeller was arrested at her home on July 23.

She now remains in custody at Putnam County Jail.