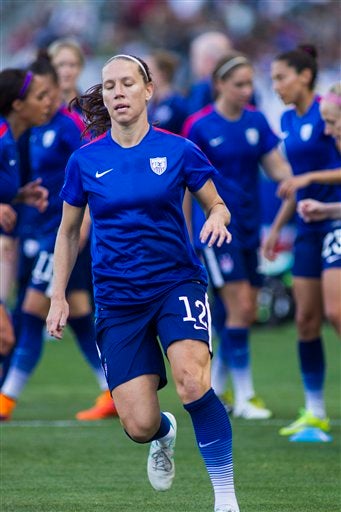 “She had a competitiveness that you see in the great ones,” said her high school coach, Sean Bosley.

Bosley took a walk down memory lane at Ben Davis on Tuesday.  After coaching Lauren through graduation at Ben Davis, he saw her off to UCLA and then the professional leagues.

He now never fails to catch her in action.

“She’s always around the play,” said Bosley.  “The amount of ground she covers, and the way she does it, she still shows her speed and her strength on the ball.  It’s really fun for me to watch because I sit and I cheer and I talk to her on the screen almost like as if I was still standing next to her.”

Holiday has accomplished just about everything she can at the professional level, except for winning a World Cup.  This year may be her best shot since she is 27.

Her accomplishments mean the world to Bosley.

“She always spoke so highly of her coaches when she was younger, so just knowing that I was a part of her when she was already pretty spectacular, is special,” said Bosley.