You may be eligible for unemployment and not know it 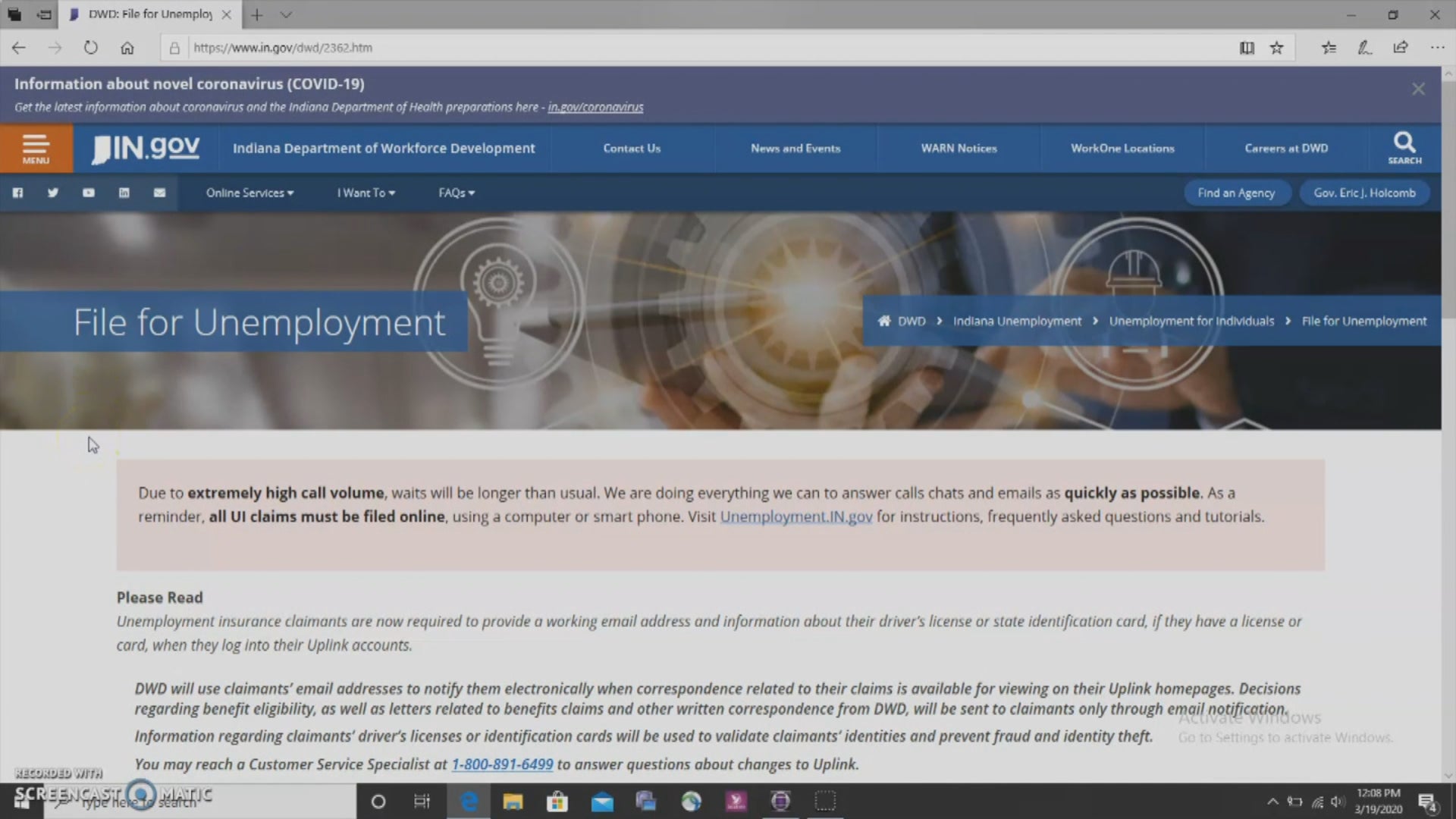 INDIANAPOLIS (WISH) — You could be eligible for unemployment even if you don’t meet the current requirements.

The Department of Workforce Development (DWD) says the coronavirus pandemic is a unique situation and there may be plenty of people who qualify for unemployment that don’t know they do.

“Everyone I do know that is servers are having to take the unemployment leaves or they’re just out of work all together,” one server said.

DWD says they’ve had around 2,400 people file for unemployment last week and they expect that number to triple by the end of this week.

“So it’s been pretty crazy,” Chief of Staff Josh Richardson said. “I mean, as far as specific numbers, I think I’d want to wait until the weekends and see the specific reports. But clearly, we’ve been in such a good economy with the really low unemployment rate- claims were historically low- and they are absolutely taking off this week.”

All unemployment filing is done online at this point, but DWD says they’ve been prepared for the web traffic following the 2008 recession. They actually want to see more traffic because they know there are people who are eligible for unemployment that aren’t coming forward because of the current requirements — like having child care available.

“Some of that is challenged a little bit by this because there are some unique questions that are coming up,” Richardson said. “But generally if you are out of work related to the coronavirus, you’re going to meet that threshold. Right? We’re talking about most of these people had nothing to do with the fact that they’re unemployed.”

DWD wants to clear any doubts by hosting two webinars next week to answer any questions about the process and put minds at ease.

“There are some people that, this is a very uncertain time and they just want to hear this and they want to understand it,” Richardson said.

But the agency says if you even remotely think you’re eligible, apply.

“By doing that, right? What we’re able to do is prepare for the situation if we can get there where we can expand eligibility and then go ahead and approve the claim at that time,” Richardson said. “Far better than the person saying ‘well, you know, I heard that I was ineligible so I don’t file the claim.’ Those are going to be harder to deal with because we’re going to have to go back and retroactively file.”