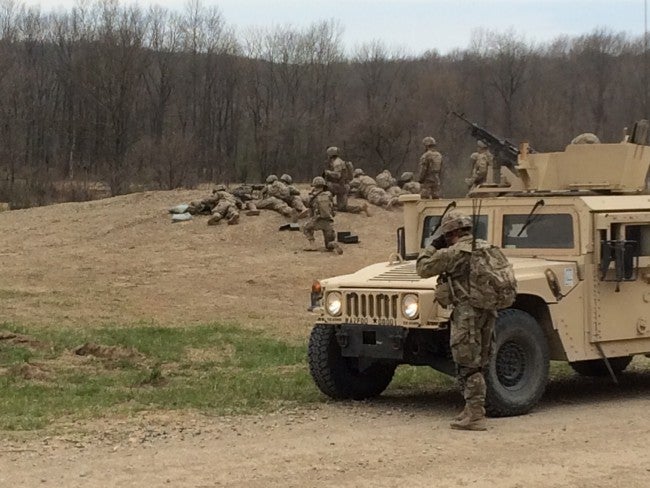 EDINBURGH, Ind. (AP) – Local officials are working with the Indiana National Guard on how its Camp Atterbury training base could help attract defense- and homeland security-related businesses to the area.

The main activity at the central Indiana base has shifted in recent years from preparing troops for overseas deployment to training exercises for soldiers and law enforcement groups, along with testing of drones and robotics.

“What we’re working on now is developing that strategy and what does that marketing message look like,” she told the (Franklin) Daily Journal.

Thousands of troops and civilians a year moved through Camp Atterbury at the height of the wars in Iraq and Afghanistan. As those deployments dwindled, Indiana Guard officials began promoting the base as a training site for military, law enforcement, homeland security and private groups.

“There is this perception that there is not a lot of activity. But it’s the opposite,” said Col. Chris Pfaff, the Indiana Guard’s director of strategic initiatives. “Our numbers rival what we saw at the height of mobilization.”

The companies that have opened facilities around southwestern Indiana’s Crane Naval Surface Warfare Center present a model for what officials have in mind for the Camp Atterbury area.

“The changes at Atterbury help us better clarify what we are doing today and how we can help them,” Morphew said. “We have been focused on innovation-based manufacturing forever.”

A training program on defending against a cyberattack was recently held at Camp Atterbury and a program this month is focusing on how to prevent hackers from accessing an industrial control system, such as for a water plant or power grid, officials said.

Maj. Gen. Corey Carr, the Indiana Guard’s adjutant-general, said the military’s role is to give local officials the information they need to determine the selling points for the area.

“We want to share information, what communities have, what we have, and they can market that to companies,” Carr said. “They don’t need guidance on how to attract business, they need information.”