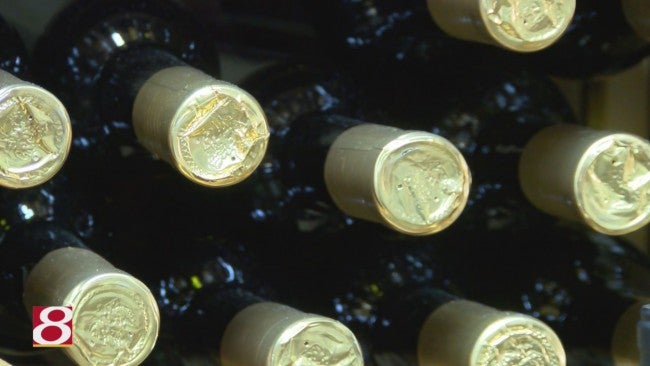 INDIANAPOLIS (WISH) – A new study may have you thinking twice about the brand of wine you buy and how much you consume.

Twenty-eight wineries located in California were listed in a lawsuit filed this week. Three separate labs claim high levels of arsenic were found in 31 popular brands they feel is a public health concern.

Michael Cunningham is a wine-maker in central Indiana. Cunningham heard about the complaint filed by four wine consumers in California. He feels more research should be conducted before people jump to conclusions.

The Chateau Thomas Winery opened up in Plainfield in 1984. The owner, Dr. Charles Thomas said, “it’s no secret arsenic is found in wine.It’s found naturally in soil. We know certain plants have more arsenic than others. It’s also in found in brown rice and a lot of foods currently sitting on grocery store shelves.”

Wine-lover Monique Mohler said, “I haven’t read or heard of any prior reports of people getting deathly ill from drinking wine. I will still drink it, in moderation.”

The majority of the wines listed in the lawsuit cost around ten dollars per bottle.

The researchers claim, they found 10 parts per billion above what is considered safe for drinking.

“Brown rice has up to 16 parts per billion of arsenic levels,” Michael Cunningham said.