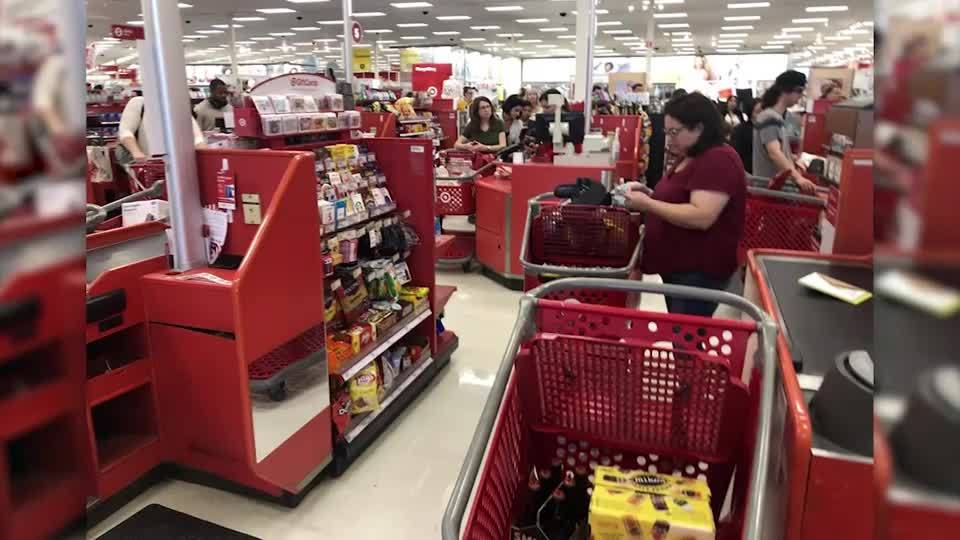 In a tweet from one of its official accounts, Target said that it’s “aware of a systems issue in store and are working as quickly as possible to get this fixed.”

We’re aware that guests are currently unable to make purchases at Target stores. Our teams are troubleshooting now and we apologize for the inconvenience. We will provide an update as soon as possible. — Target (@Target) June 15, 2019

Social media users reported cash registers were not functioning properly at dozens of stores across the country and posted images of long lines.

“This is how you bring America to a standstill,” a Minnesota journalist shared on Twitter alongside a photo of an error message at a cashier’s stand. “Every single register at the Richfield [Target] is down.”

Employees at three different locations in Georgia told CNN the registers had been offline for about 45 minutes as of 3 p.m.

It’s not clear how many Target stores were affected or what caused the outage. The company’s corporate office did not immediately respond to requests for details about the issue.

Target has 1,800 locations in the United States, and a large presence in India.