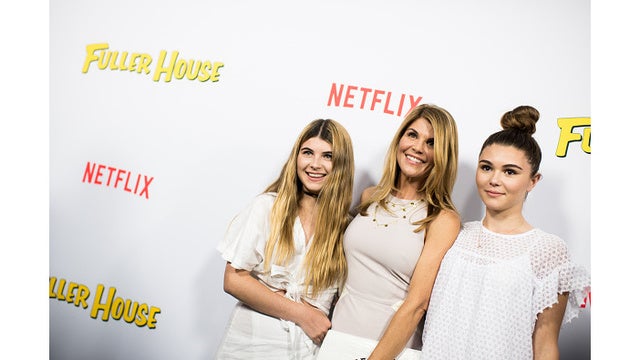 SAN FRANCISCO (KRON) – In the wake of the college admissions scandal, actress Lori Loughlin has reportedly been dropped from her role in Netflix’s “Fuller House.”

There are no plans for Loughlin, who guest starred as “Aunt Becky” during the show’s previous four seasons, to return for the fifth season, according to TMZ.

On Thursday, Hallmark Channel said it too was cutting ties with Loughlin following her arrest in the sprawling college admissions scam case.

In a statement, the parent company of the Hallmark Channel said it was “saddened” by the recent allegations and that it was no longer working with Loughlin and had stopped development of all productions involving her.

Loughlin was a big presence for Hallmark and its Crown Media Family Networks channels that include the flagship Hallmark Channel.

She’s been a longtime star of the channel’s Christmas movies and is also is in its “Garage Sale Mysteries” movies and the series “When Calls the Heart.”

Hewlett Packard has also removed an ad featuring Loughlin and her daughter Thursday.

The technology giant said it “does not currently have a relationship with either of them.”

Her daughter, Olivia Jade, has also reportedly lost her sponsorships with Tresemme and Sephora amid backlash from the scandal.