Lori Loughlin’s daughter on college: ‘My parents really wanted me to go’ 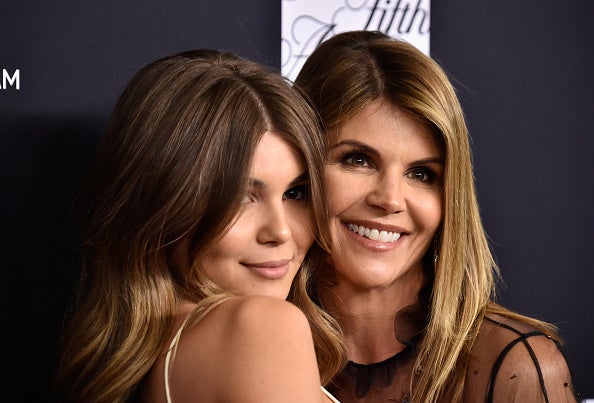 In a video from August 2018, Loughlin’s 19-year-old daughter, who now attends USC, allegedly made the comments on her YouTube channel.

“I don’t know how much of school I’m gonna attend,” she told her millions of subscribers. “But I’m gonna go in and talk to my deans and everyone, and hope that I can try and balance it all. But I do want the experience of like game days, partying… I don’t really care about school, as you guys all know.”

Two days later, she released an apology video in which she addressed concerns from her subscribers.

“I said something super ignorant and stupid, basically,” she said. “And it totally came across that I’m ungrateful for college — I’m going to a really nice school. And it just kind of made it seem like I don’t care, I just want to brush it off. I’m just gonna be successful at YouTube and not have to worry about school. I’m really disappointed in myself.”

“A lot of people like to attack me for the way I’ve grown up because it’s really different from a lot of people,” she added, insisting she regretted offending her fans.

But more recently, she sat down on the “Zach Sang Show” podcast to discuss her college life and why she even decided to attend.

Here’s how she responded when asked why attend college at all:

“Mostly because my parents really wanted me to go,” adding that both her mom and dad did not go to college and “were doing just fine.”

She later tweeted that YouTube is her passion and she would rather be vlogging than “sitting in 6 hours of classes straight.”

YouTube will always be my #1 passion. I promise I’d way rather be filming 24/7 than sitting in 6 hours of classes straight but an education is also super important to me so thank u for ur patience and letting me figure out time management . Ily bbs— Olivia Jade (@oliviajadee) February 6, 2019

The FBI served a warrant for Loughlin — who is married to Mossimo Giannulli — but she was not home at the time.

Loughlin has been charged with conspiracy to commit mail fraud and wire fraud in indictments unsealed Tuesday in federal court in Boston.