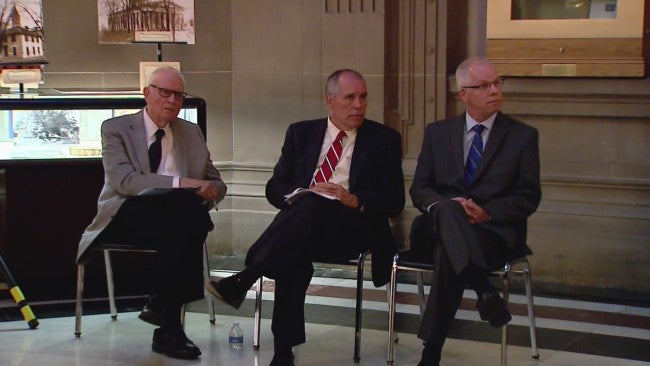 INDIANAPOLIS (WISH) — If you have an idea for what Indiana should look like in 50 years Lt. Gov. Sue Ellspermann and former Congressman Lee Hamilton want to hear about it.

Ellspermann announced a legacy project that is part of the state’s 2016 bicentennial celebration called the Bicentennial Visioning Project. It’s the idea of Hamilton.

He wants distinguished Hoosiers to volunteer their time and knowledge to help develop a plan for the future across a wide range of issues.

“I came up with this because, I think, a journalist of many years ago said to me that the problem with politicians is, they don’t put their feet up on the table, look out the window and think,” said Hamilton.

Hamilton said they are also creating a coffee table book.

They hope to have the report completed by July 1 of 2016.

Former newspaper editor Norm Heikens will lead the project with the help of as many as five college interns. Meetings are already underway.