Ludacris buys $375 in groceries for widow in need 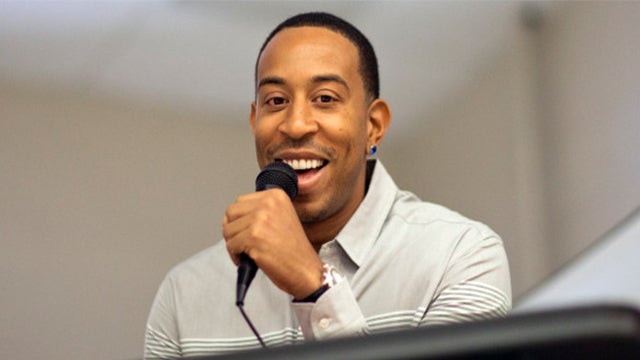 ATLANTA (KXAN) — Therra Jaramillo would normally never have gone into Whole Foods to shop. She had been having a hard time ever since her husband died of brain cancer, and with a recent financial hit didn’t have much in the house to feed herself and her rescue animals.

Then a friend sent her a $250 Whole Foods gift card unexpectedly on Monday. Grateful, she planned out her trip. What she didn’t realize is that kindness from a famous stranger would completely change her experience.

“I went to a Whole Foods across town with a dream of hummus and fresh food,” Jaramillo wrote in a Facebook post. “Real dog food for the pups. Maybe a pizza with roasted exotic toppings. Holy [s—] Facebookies I wanted to eat like a piranha dropped into a pool party in Vegas.”

When she got to the checkout line, she said some of her food on the conveyor belt got mixed in with the man’s in front of her. She told the cashier it was hers, but the man said he would pay for it.

“He turned to me and he said, ‘I said I got this.’ And I looked at him and he said, ‘All of this, don’t put anything back,” Jaramilla said.

He paid for everything, which ended up being $375, not letting her use her gift card. Jaramilla said she asked his name and he replied, “Chris.”

“We shook hands. Then I hugged him, shedding tears on the tattoo on his shoulder,” Jaramilla wrote. “I thanked him but I was so stunned that even as we made small talk (he asked me about my four dogs) I tripped over my words, all the while thinking, ‘I’m talking to an angel. Should I tell him? Should I tell him he’s an angel?'”

When they parted, the cashier helping her pack up her things dropped a bombshell.

“And she goes, ‘You know that’s a famous rapper, you know — that’s Ludacris.’ And I went, ‘What?! What?!’ And I screamed. I screamed!” Jaramilla said. She wrote that she loved his music, and even started rapping some of his lyrics in line.

Now, she says she’s inspired by his act of kindness and hopes to pay it forward, helping those who are in need even though they may not show it.

“What Ludacris had no way of knowing is that his quiet kindness and generous gesture came at a moment when my candle was out.

He used his personal light to fire up my own. Isn’t that what we should be doing for each other?

I think it is.