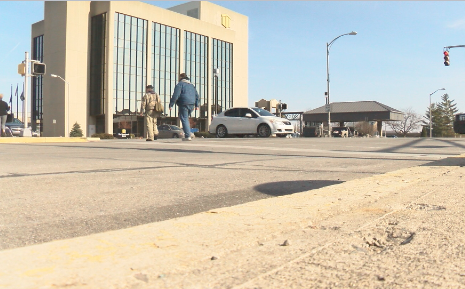 ANDERSON, Ind. (WISH) – Madison County is studying whether a plan for a mass transit line to Indianapolis could become a reality.

The study is in the early stages but some locals are already showing interest, according to county officials.

More than 13,000 people commute south from Madison County, according to the county’s Council of Governments. The council said thousands of people also commute to Madison County.

Chuck Rossen drives from north Indianapolis to Anderson, where he runs his photography studio, every day. He said his family moved from Anderson to Indianapolis years ago to shorten his wife’s commute to work.

“Going from Anderson to work in Indy is just really bad,” Rossen said. “Her drive down was brutal, rush-hour drive from downtown Anderson to the Statehouse in downtown Indianapolis.”

In a recent survey, county officials asked locals under what circumstances they’d take a bus or train to Indianapolis.

Jerry Bridges is the executive director of the Madison County Council of Govenments. Bridges said, by fall of 2018, the county will have a better grasp on whether the plan could work.

Bridges said for a mass transit line to Indianapolis to become a reality, it would require approval from the county and the state. It would also likely require additional studies, according to Bridges.

The county plans to offer commuters the chance to provide their input online. Project leaders will also host public meetings and mail information to locals.

Rossen doesn’t need a survey to share his thoughts.

“I think it’d be a big boom for Anderson,” he said. “It’d be a nice way to just sit back and relax and get to work.”

IPS Board Meetings / 5 mins ago