Make someone happy and ‘Petal It Forward’ 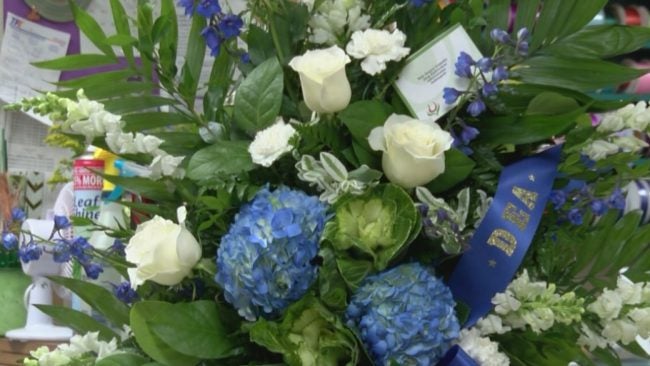 INDIANAPOLIS (WISH) – In an effort to simply raise happiness, florists around the country will be giving out flowers Wednesday for free.

It’s a program called “Petal It Forward”. 24-Hour News 8’s Joe Melillo stopped by Bokay Florist in Broad Ripple to help with this once a year program sponsored by the Society of American Florists. It’s a program with just one goal: make someone happy.

Colleen Sanders’ shop is part of the Society of American Florists and she is making a few bouquets to hand out to people. In addition to receiving flowers as part of “Petal It Forward, people will recieve a second bouquet to give to someone else.

Women (92 percent) are more likely to agree with the “just because” reason for receiving flowers, but the majority of men (three in four) also share this sentiment.

If you need help in the relationship department, nearly four in 10 Americans indicate florists have helped them in a past or current relationship; usually to say “I love you,” or schedule a surprise delivery. 450 florists across the country are participating in “Petal It Forward,” including right here in Broad Ripple.