Maleah Davis’ casket is colored with rainbows, ‘My Little Pony,’ and lots of pink 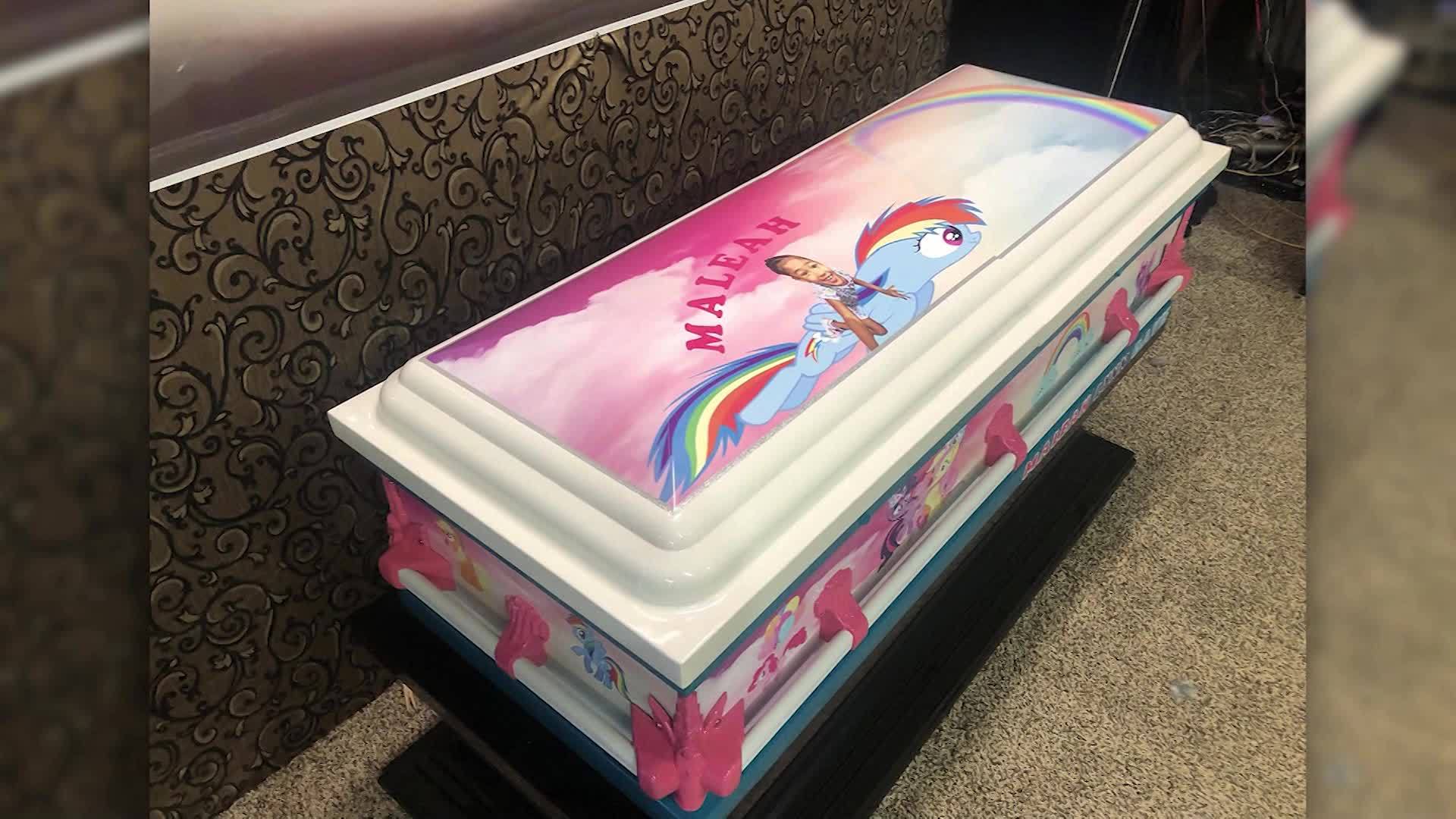 (CNN) — Maleah Davis, the 4-year-old girl found dead after she was reporting missing in early May, will be buried in a colorful, one-of-a-kind casket.

It’s white with lots of rainbows, the color pink, “My Little Pony,” and even a portrait of Maleah.

Soulshine Industries built and donated the casket to the Davis family.

The company’s owner said he received over 200 calls from the community asking him to make a casket for the Davis family.

The casket designer says she worked closely with the family to come up with the theme.

Maleah’s remains were found in Arkansas on May 30.

Her mother’s former fiancé is charged with tampering with a corpse in connection with her death.

Maleah will be buried in a private funeral on Saturday.