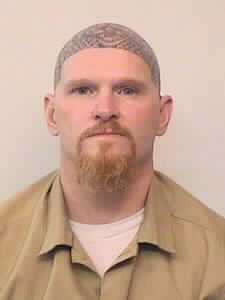 MIDDLETOWN, Ind. (WISH) – A former Windfall man in an Indiana prison on burglary and theft charges has admitted to authorities that he committed a 2008 murder in Henry County, prosecutors said Thursday.

Dana R. Zirkel, 51, met with Henry County sheriff’s detective Ed Manning on April 13. Zirkel said he went Aug. 18, 2008, to rob the home of Michael and Macarena Patterson on County Road 950 North near Middletown. Zirkel said, during the burlgary, Michael arrived home and they got into a fight in the garage and the house, and Zirkel hit Michael with a crowbar.

“Mr. Zirkel advised that he was speaking to law enforcement because he could not have any peace in his life until he got this out,” said a news release from Henry County Prosecutor Joe Bergacs.

Macarena arrived home to find her husband slumped on the floor and breathing. Medics arrived and took Michael to a hospital, where he died. An autopsy found he died of blunt force trauma in a homicide.

The Henry County Sheriff’s Office and Indiana State Police investigated and developed Zirkel as a suspect but had been unable to completely connect him to the murder, so it became a cold case.

Zirkel is scheduled for an initial hearing Monday morning in Henry County.

Zirkel is in the Pendleton Correctional Facility on multiple charges including theft and burglary out of Tipton and Madison counties on sentences received in 2009 and 2010. His scheduled release date was 2022, according to a database.