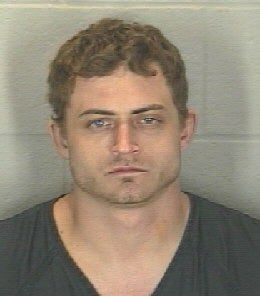 LAFAYETTE, Ind. (WLFI) – A Lafayette man has been arrested after an armed robbery at a fast food restaurant Saturday morning.

Just after 3:30 a.m. Saturday, Lafayette police were dispatched to a report of an armed robbery at the Burger King restaurant.

The closing manager told police she was robbed at gunpoint as she was leaving the store with the night deposit. The manager said the man was armed with a handgun and demanded the money.

According to police the man grabbed the deposit and then fled north towards an apartment complex.

This subject was reportedly armed with a handgun at that time and had a bandana covering the lower half of his face.

Although the man had a bandana covering the lower part of his face the manager was able to identify the suspect as 30-year-old Mitchell Fulton of Lafayette.

The manager told police Fulton was a former employee who lived in the apartment complex.

Officers were able to locate Fulton and the money from the bank deposit at his apartment.

Fulton was was arrested for armed robbery and is being held on bond in the Tippecanoe County Jail.