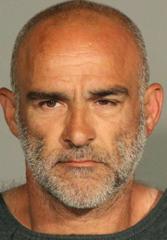 INDIANAPOLIS (WISH) – A man has been arrested after a woman contacted police about her child being sexually molested.

47-year-old John Daniels was arrested on preliminary charges of two counts of child molesting, two counts of sexual misconduct with a minor and child solicitation.

According to the release, police, along with the Marion County Child Protective Services, determined that Daniels had sexual intercourse with a 15-year-old victim on more than one occasion.

The suspect is also accused of sexual molestation in Switzerland County with the same victim.