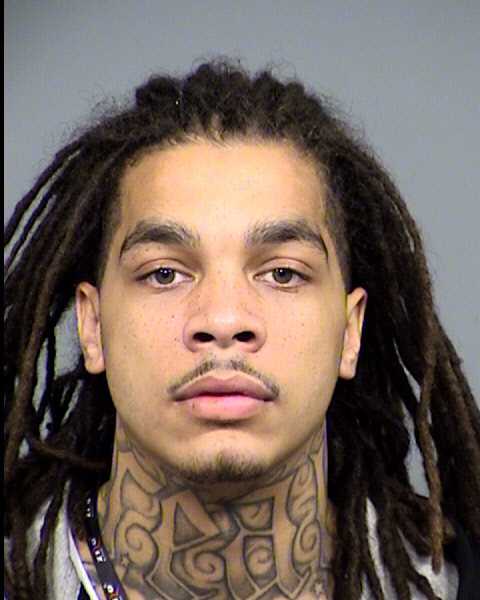 INDIANAPOLIS (WISH) — Lawrence police say the suspect at the center of a deadly shootout with officers was recently released from prison.

The Marion County coroner identified the suspect as 28-year-old Jesse Scarsbrook. Prior to Tuesday’s crime spree, Scarsbrook had a checkered past that included several run-ins with police. But, his life of crime has now come to and end.

Witnesses say Scarsbrook got out of a vehicle Tuesday, after crashing it, like a madman. They say he started shooting with no regard for the busy intersection of Pendleton Pike and Post Road, or nearby businesses.

“I’m thankful the cops, they didn’t start returning fire until us vehicles had got out,” said Craig Walker, who witnessed the shootout.

“The situation was escalating and our officers were doing the absolute best they could do to mitigate that situation and manage it,” said Lawrence Police Department Deputy Chief Gary Woodruff.

Tuesday’s shootout with officers isn’t the first time Scarsbrook has faced trouble with police. According to online records, he was found guilty of armed robbery in 2009. His projected release date was November of 2016. In September of 2008 he was found guilty of theft/receiving stolen property. And in March of 2008 Scarsbrook was convicted of carrying a handgun without a license.

“There was no good reason, so it would seem, for him to be in possession of a handgun,” said Woodruff.

Police say officers were just trying to prevent the loss of innocent lives when they pulled the trigger on Scarsbrook.

“This was a tense, uncertain and rapidly evolving situation that our officers were trying to preserve life, preserve their own lives and address an ongoing threat to public safety,” said Woodruff.

Police believe Scarsbrook and David Bean robbed Big Boy Hobbies on Pendleton Pike on Tuesday, before Scarsbrook took off, leading officers on a chase. Authorities say he then crashed, and carjacked a woman at gunpoint. He led police down the street. The woman was still inside the car. They crashed at Pendleton Pike and Post Road and that’s when police say Scarsbrook got out and started firing his gun. Police returned fire.

“I’m really thankful. There was no hesitation on his part. No regard for public safety,” said Walker.

This marks the first officer-involved shooting for Lawrence Police Department since 2013. That shooting was not fatal. Lawrence police arrested Bean late Tuesday night. He faces one preliminary charge of robbery.