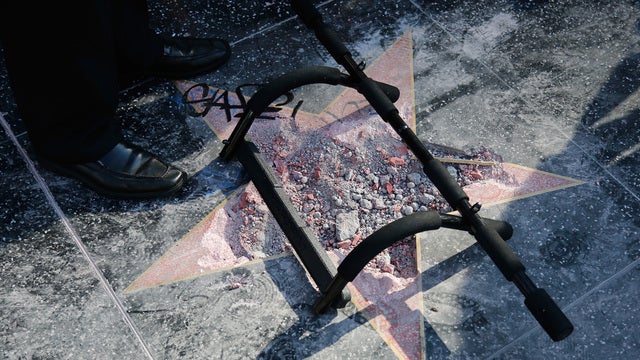 LOS ANGELES (AP) — A man accused of smashing President Donald Trump’s star on the Hollywood Walk of Fame has been charged with one felony count of vandalism.

Twenty-four-year-old Austin Clay of Glendale was charged Monday in Los Angeles. It’s unclear whether he has a lawyer.

Prosecutors say Clay took a pickax to Trump’s star on Hollywood Boulevard on July 25. The star recognized Trump for his work on the TV reality show “The Apprentice.” It has been repaired.

Clay could face up to three years in jail if convicted.

The star was previously vandalized by James Otis with a sledgehammer and pickax days before the November 2016 election.

Otis pleaded no contest to the felony. He was sentenced to community labor and ordered to pay $4,400 for the damage.