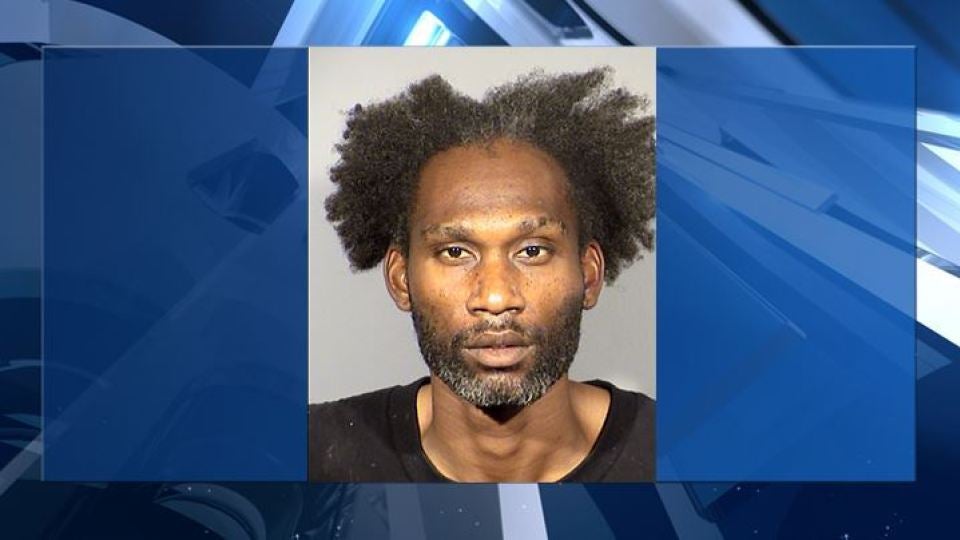 LAS VEGAS (KLAS) — A Las Vegas man arrested on July 31 on sex trafficking charges is accused of pimping a 14-year-old girl he met on the “Skout” dating app.

Devonte James, 32, told the girl to get “DF1” tattoed on her eyebrow, her chest or her leg so everyone would know she belonged to him. Police said it is common for pimps to “brand” their prostitutes with tattoos.

James is charged with five felony counts: sex trafficking of a child under 16, kidnapping, living from the earnings of a prostitute, statutory sexual seduction, luring a child to engage in sex.

After James met the girl, she stayed with him at his apartment and they engaged in sex without a condom, a warrant said. After two weeks, he told her she needed to pay rent and she needed to start making some money.

When the girl asked how, James told her to “get on the blade.”

She said he explained to her that he meant she should “dress up, go and ask for dates.” James told the girl how much she should charge, and that all the money had to go to him.

He also ordered her to never look at his friends, and not to talk to them or other pimps.

He gave her a cell phone and told her he would pay the bill, but she had to stay in touch with him before and after the “dates.”

When he saw her talking to one of his friends at the apartment, James threw a piggy bank at the girl, striking her in the head.

She said she engaged in prostitution several times for James and gave him the money.

Police began their investigation when someone reported a man matching James’ description harrassing two women in the area of Boulder Highway and Flamingo Road.