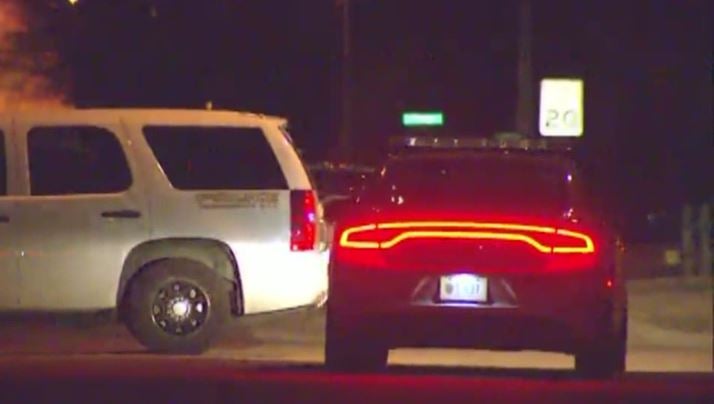 Officers were called to a home in the 1100 block of Fallway Court shortly after 10:30 p.m. following a report of gunshots, according to authorities.

Oliger fell to the ground after an officer fired back, according to state police. He was pronounced dead on the scene from a gunshot wound to the head.

State police say it’s unclear if Oliger shot himself or was hit by the officer’s bullet. Oliger had fired at least two shots prior to officers arriving, according to state police.

“It is important to note this investigation is only a few hours old and it is not conclusive that the gunshot wound Oliger suffered was the result of being shot by the Shelbyville police officer,” state police said in a media release issued Wednesday morning. “State police detectives are also investigating the possibility Oliger’s wound to the head may have been self-inflicted with the revolver from which he had previously fired at least two shots.”

An autopsy is scheduled for Wednesday to determine the cause of death.

No officers were hurt. The investigation continues.