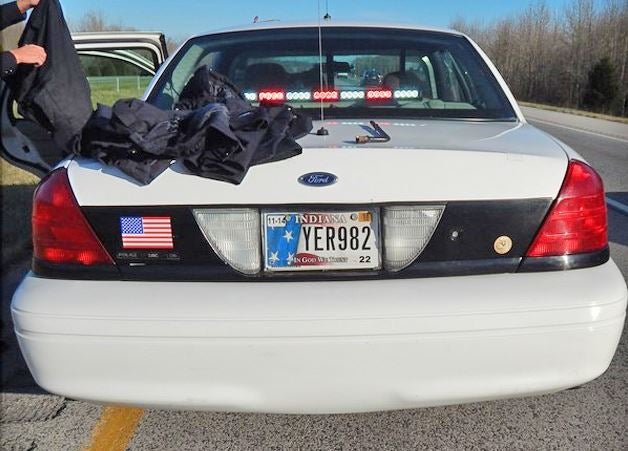 The car was in the fast lane of the interstate causing a traffic problem. Police also noticed that it had illegally displayed emergency lights in the rear and front of the car.

A trooper made contact with the driver of the car, 23-year-old John William-Michael Ulmer of Greenville. The trooper discovered what appeared to be a police scanner in the vehicle, which in the state of Indiana is a violation of the law.

Ulmer was then taken into custody and transported to the Floyd County Jail on preliminary charges of illegal possession of police radio, unlawful display of emergency lights, reckless driving-blocking flow of traffic, and light restriction violation.

He is awaiting his first court appearance.