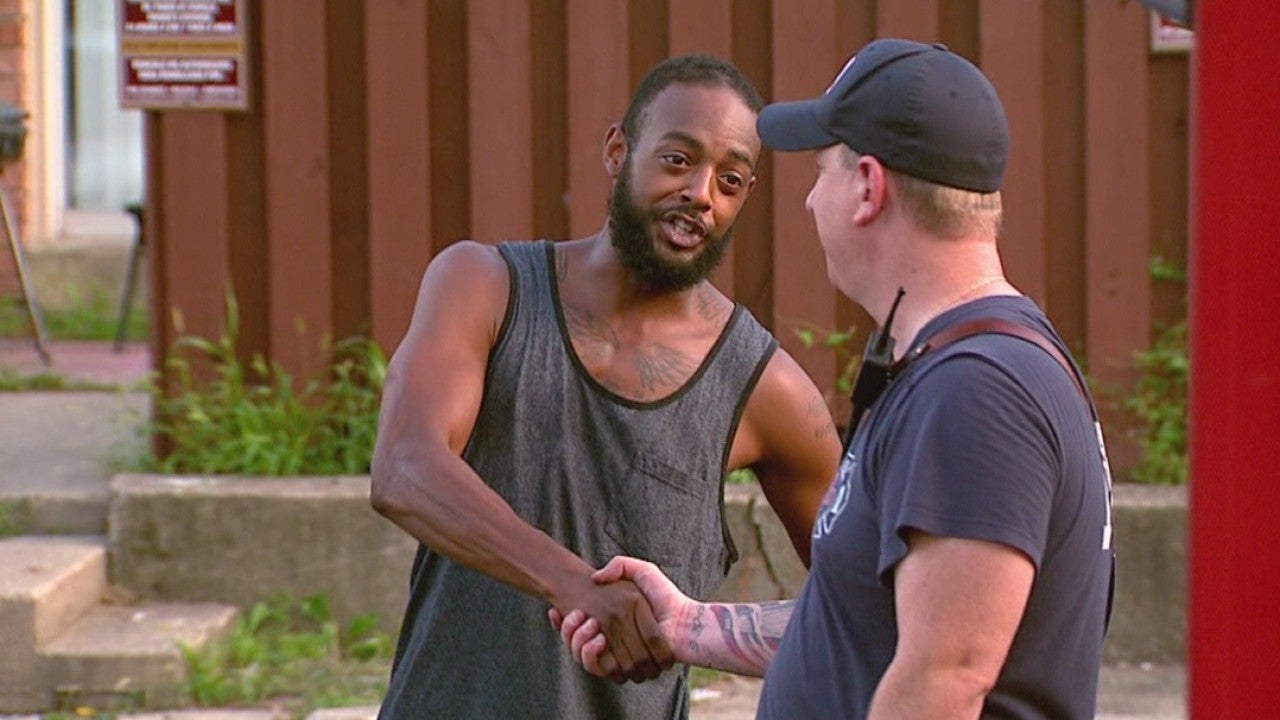 INDIANAPOLIS (WISH) — A man is recovering after he was engulfed in flames while on the job.

He was painting inside a south side apartment around 6:30 Friday night when something combusted. Another man was at the right place at the right time to help. And as it turns out, he was the right person to possibly save the man’s life.

Firefighters shook hands with Jordan Morris on Friday night outside the Capital Place Apartments, in the 4300 block of Declaration Drive, just north of I-465 between Meridian and East streets.

“I was standing outside my apartment on the phone and saw the kitchen ignite. A guy ran out, one of the painters, he was on fire, his arms were covered, he had fire on the seat of his pants and his pants legs,” Morris told News 8 on Friday.

His instincts took over, and Morris put out the fire on the man after making sure he was coherent.

Then he went home, got his fire extinguishers and returned to stop the fire inside the apartment.

The fire was near gas lines and next door to an apartment where children live. Morris said he didn’t think twice.

“I wasn’t even thinking about it too much; I just I saw what was going on and it was immediate action,” Morris said.

On Friday night, the handshakes from firefighters were an assurance that he’d soon get a chance to do this for a living. Morris has been on a two-year waiting list for the Indianapolis Fire Department’s academy.

The painter suffered third-degree burns to his neck and shoulders — in total, 44 percent of his body. IFD said flammable lacquer caused flash burns. He was taken by IFD crews to Sidney & Lois Eskenazi Hospital in serious condition.

Morris told News 8 he was glad he was there to help.