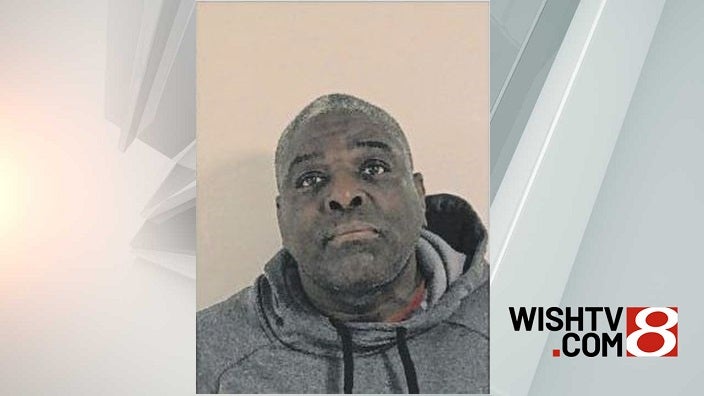 According to News 8’s newsgathering partners at the Greenfield Daily Reporter, Samuel L. Patterson, 56, of Indianapolis, has been in the Marion County jail since February on charges of raping a 77-year-old Lawrence woman Sept. 26.

This week, authorities identified forensic evidence linking Patterson to a similar attack on June 27 of a 91-year-old victim in McCordsville.

The McCordsville and Lawrence police departments worked together to identify and arrest Patterson in February.

Patterson was officially charged Monday in Hancock County for the McCordsville attack and faces two Level 1 felony counts of rape by force and a Level 1 felony charge of burglary with serious bodily injury.

The crime happened shortly after midnight June 27 at an independent residential home in the Traditions at Brookside assisted living community, near Mt. Comfort Road and County Road 900 North, police said in a report.

The 91-year-old victim told police she went to bed around midnight and woke up to a strange noise; then someone put a pillowcase over her head and asked repeatedly where her money was. The woman told police she tried to reach for her medical alert necklace during the attack, but the man stopped her and threatened to kill her if she tried again. She told police he then raped her, according to a police report.

Paul Casey, interim chief of the McCordsville Police Department, said investigators believe Patterson got into the victim’s home through an unlocked front door and the attack was random.

“It’s so sad that something like this happened in our society,” Casey said. “It’s really hard to describe.”

Police believe Patterson raped a 77-year-old woman in September. She was also living in an independent home at an assisted living community, this one in Lawrence onthe campus of Westminster Village North, at 63rd Street and Sunnyside Road.

That victim told police a man crawled through her kitchen window, assaulted her, demanded cash and took her cellphone, according to a police report.

Following the second attack, officials in McCordsville and Lawrence knew they had two similar cases and began a coordinated effort to catch the suspect.

“They had some leads in their case and we had one lead in our case but were unable to locate the person, but then it all came crashing together,” Casey said.

In November, McCordsville officials told Lawrence police they had run a license plate check on a vehicle parked less than 200 feet from where the first attack occurred.

Patterson, who has an extensive criminal record and who is registered as a sexually violent predator in Marion County, was one of the people named on the car registration and he fit a rough description of the attacker in both rapes, according to police.

Detectives contacted the Indiana Division of Parole Services and were told Patterson was not supposed to be where the car was parked because he was not allowed to live there with his girlfriend, who was a former employee of the correctional facility where he had been incarcerated, the report said.

Patterson was convicted of rape in 1998 in LaPorte County after attacking a 79-year-old woman and was released from prison on Feb. 25, 2017, according to authorities.

Data from Patterson’s cellphone show it was used the day before the McCordsville attack at a cell tower near the scene of the rape. DNA results identified Patterson first as the perpetrator in the rape in Lawrence, the report said. He was arrested and charged in February in Marion County.

In March, McCordsville officials authorized DNA testing on evidence taken from the scene of the McCordsville assault. The results, which came back Monday, linked Patterson to the attack.

“The trace evidence was a big key in this case,” Casey said.

McCordsville officials said they worked closely with the state police lab authorities to receive all the evidence needed to complete the testing.

Prosecutor Brent Eaton said he is not sure when Hancock County officials will get their chance to prosecute Patterson, but he hopes it’s sooner rather than later.

“There was a lot of hard work that was done by the McCordsville Police Department on getting this one together,” Eaton said. “They’re not a large department, but they provided us with a good, solid case.”

Hancock County officials issued a warrant for Patterson Wednesday. He remains in the Marion County Jail, where he is being held under a $200,000 surety bond. A jury trial has been set for June 24.

Officials with the Traditions of Brookside released this statement:

We are extremely grateful for the efforts of the McCordsville Police Department, and appreciative of their continual communication with our community. We have been inspired by our resident’s courage and strength, and thankful for our employees during, and after this incident.