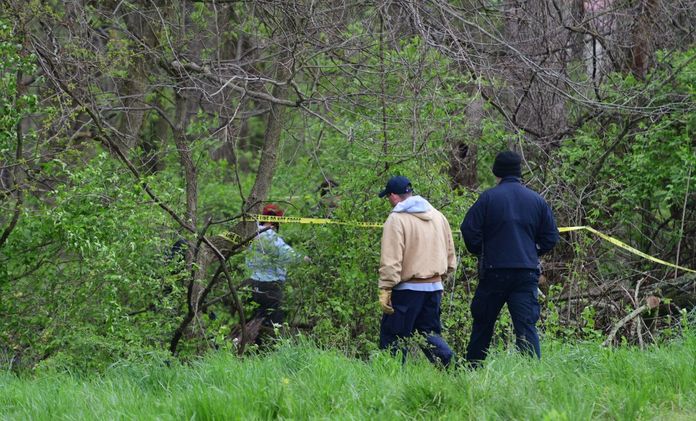 MCCORDSVILLE, Ind. (WISH) — A man discovered human remains this weekend while foraging for mushrooms in McCordsville.

According to our newsgathering partners at the Greenfield Daily Reporter, the remains were found about 12:20 p.m. Saturday about 60 yards off the road in the 6000 block of County Road 900 North in a wooded area surrounded by farmland. That’s about a mile east of East 86th Street and Carroll Road.

On Sunday morning, a team of forensic pathology specialists from the University of Indianapolis was searching the area for clues, according to Detective Aaron Watts with the McCordsville Police Department.

Watts said the team of five scientists, led by Dr. Krista Latham, forensic anthropologist, is doing its work, but he suspects it will be some time before officials have any kind of idea about the remains.

“We don’t know if it’s a male or a female at this point,” Watts said. “There’s just no indication either way right now.”

Authorities Department secured the area Saturday night until the forensic team could get to the area around 8 a.m. Sunday morning.

Watts on Sunday told the Daily Reporter he could not recall any missing persons in the county and had no idea how long the remains had been in the woods.

“It could be anything at this point,” Watts said. “We’re waiting for the forensic team to tell us something, but at this point, it’s a waiting game.”