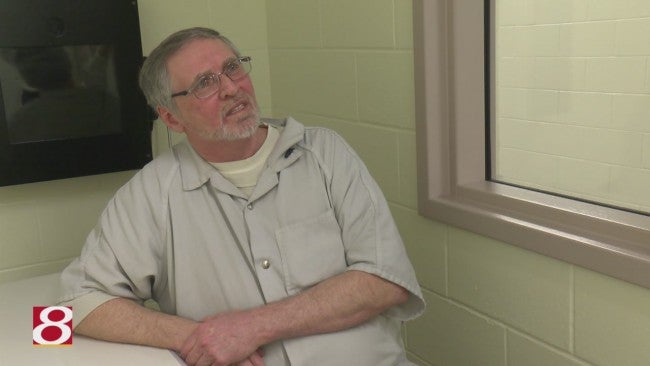 BARTHOLOMEW COUNTY, Ind. (WISH) — A man found guilty of killing a woman and three men back in 2013 will be sentenced on Thursday.

In a jailhouse interview Samuel Sallee told 24-Hour News 8 that regardless of his sentence, he would like to appeal. He says he is innocent.

On Thursday, Samuel Sallee will learn his fate, which could include life in prison.

Sallee considered the victims friends. In fact, the day of the murders, he admits he was at the Waynesville home where the crime happened.

“I admitted I was there. We was playing games. I helped him work on the boat and stuff. I was there,” said Sallee.

Sallee said he would visit Katheryn’s house from time to time where he would occasionally do drugs.

Evidence led police to Sallee, still he denies any involvement.

In court, Sallee’s defense was that he was too high the day of the murder and not capable of committing the crime. Sallee denies being high on that day. However, a jury found him guilty. He will not receive the death penalty, but could get life in prison without the possibility of parole.