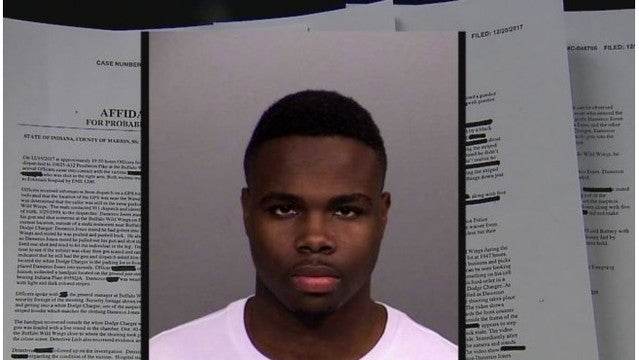 INDIANAPOLIS (WISH) — A man accused in a 2017 shooting at a Buffalo Wild Wings in Lawrence has been given a suspended sentence as part of a plea deal.

Damerco Jones was convicted of battery with a deadly weapon for his role in the shooting just before 8 p.m. Dec. 19, 2017, in the restaurant at 10625 Pendleton Pike. It’s in the Indian Creek Common retail area.

A 17-year-old boy and a 18-year-old man suffered wounds in the shooting. Their injuries were not believed to be life-threatening.

Jones was 18 at the time of the shooting. He had a .40-caliber Glock handgun and a permit for the weapon, police said.

Gary Woodruff, the public information officer with Lawrence Police Department, had noted Jones remained at the crime scene and cooperated with investigators.

As part of the plea deal, a second battery charge and a charge of criminal recklessness were dismissed. He will be on probation for nearly two years. He was sentenced Aug. 17, online court records show.