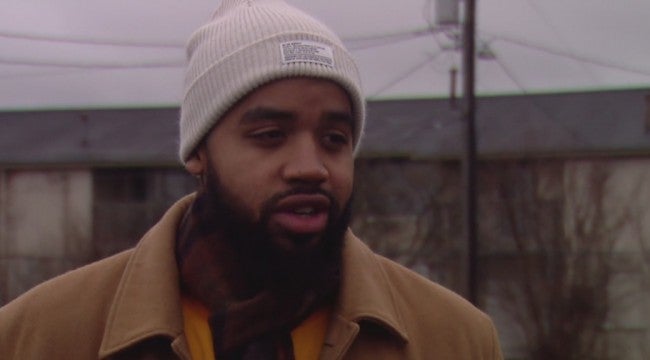 INDIANAPOLIS (WISH) — Police said they are working to find the root causes for some of the recent violence on the east side of Indianapolis.

Just this month alone, police have seen five homicides near the area of 42nd Street and Post Road.

24-Hour News 8 learned the commander in IMPD’s east district has dedicated officers responding to the areas impacted by the crimes. But people who live in that neighborhood believe it’s going to take so much more to address the problem.

28-year-old Derris Ross grew up near 42nd Street and Post Road. He said he went off to college, came back and saw that nothing has changed in his neighborhood.

“I felt like, I got tired of it, you know, and I felt like we had to do something about it,” Ross said.

The neighborhood struggles with crime and poverty and lacks resources and services, so Ross did something about it.

“We started two-and-a-half years ago The Ross Foundation and we received our first grant last year for crime prevention efforts on 42nd and Post Road for $12,000,” Ross said.

The foundation received a grant for a program called Building Alternative Solutions in the Community or BASIC. The program encourages residents to get involved and find ways to take back their neighborhood.

Some of the recent crimes in the neighborhood included the discovery of a missing teenager in a vacant townhouse.

“It really hurts me because it directly impacts me, affects me,” Ross said. “Me knowing all those individuals or their families.”

But Ross is not giving up hope and knows there’s still good left in his neighborhood.

“You can’t judge a book by its cover. You know a lot of people, there’s a lot of great people in this neighborhood who are doing awesome things. That needs to be uplifted,” Ross said.

Ross added that he’s meeting with councilor LaKeisha Jackson next month to talk about the recent homicides, the BASIC programs, and other initiatives.