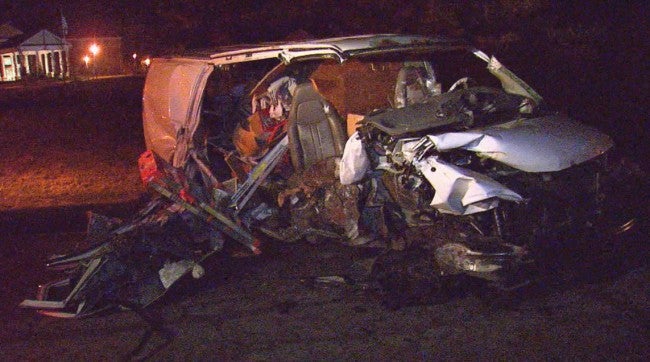 LAWRENCE, Ind. (WISH) – A man is in the hospital after a serious crash in Lawrence early Monday morning.

Police say it appears the man lost control of his van, possibly swerved to miss a bridge and flipped the van on its side.

Officers say despite the major damage to the van, the driver is in stable condition.