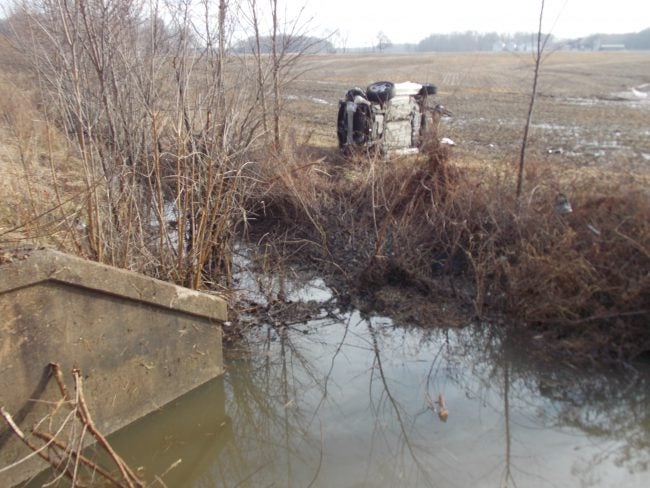 According to the Indiana State Police, officers responded to a call of a crash just after 8 a.m. on US 50 near County Road 400 North in Jennings County.

After arriving on scene, a 2002 Pontiac Grand Am that had left the south side of the roadway, became airborne, struck an embankment and then rolled before it eventually came to a rest was discovered.

Police said the driver, 25-year-old Christian Nolan, was ejected from the vehicle. Nolan was pronounced dead at the scene.

It is still unknown why Nolan’s vehicle left the roadway.