Man pleads guilty to killing woman, leaving her in cemetery 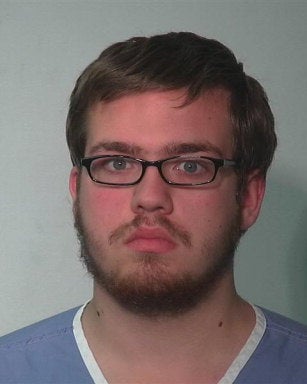 At an arranged pre-trial hearing inside Allen Superior Court, Quinn Albers, 21, of Fort Wayne agreed to a plea deal that finds him guilty of murder and felony abuse of a corpse, related to the October death of Katherine Gick inside the Catholic Cemetery at 3500 Lake Avenue.The deal with prosecutors calls for Albers to serve maximum time – 65 years for on the murder count and 2 1/2 yrs for abusing Gick’s corpse, each to be served consecutively. A judge has to accept the agreement.

Gick’s body was found on the afternoon of Oct. 20 at the Catholic Cemetery, naked with obvious signs of trauma to her head and neck, according to the probable cause affidavit. There were items on top of her body that had been set on fire, as well as burns to her torso, pelvic area and arms.

A witness told officers he saw Albers running through the cemetery near the area where Gick’s body was found.

Police arrested him across the street, carrying a black bag with knives and a pink electronic device inside. At least one of the blades had red stains and possible tissue remains. Gick’s ID was also found in the bag.

Albers had injuries to his hands and torso and blood on his hands.

During the hearing Thursday, Albers admitted to suffering from a mental disorder and other undisclosed issues, and told the court he was off his medication at the time of the crime.

Albers will be sentenced Sept. 25.