Man rescued from mud with parrot perched on his shoulders 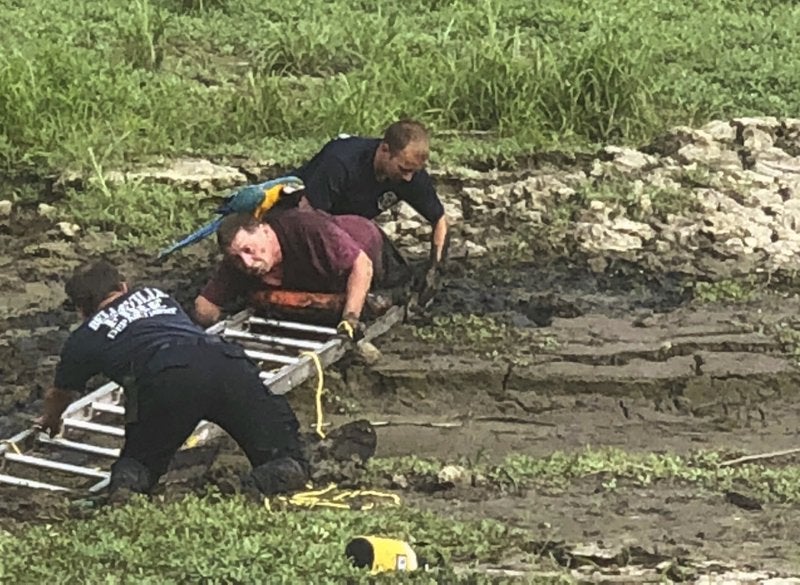 BELLEVILLE, Ill. (AP) — Firefighters had to rescue a southwestern Illinois man from deep mud after he became stuck while trying to reach his pet parrot.

Belleville firefighters were called Sunday afternoon to the city’s Bicentennial Park after a visitor heard the man calling for help.

Fire Chief Tom Pour tells the Belleville News-Democrat the mud from the lake being dredged was like quicksand.

The man was in mud up to his waist when crews arrived. Video shows that firefighters had to extend ladders across the mud to help him out — as the parrot remained perched on his shoulders.

Neither man nor bird was injured.

Pour says the man often rides a bike around with the parrot on his shoulder.