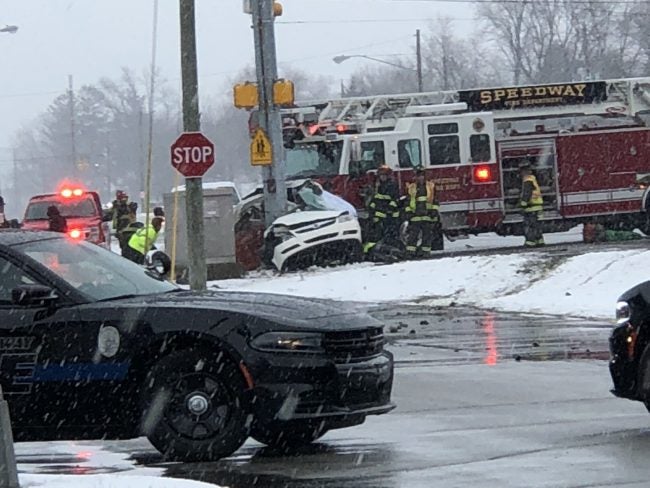 SPEEDWAY, Ind. (WISH) – A man has been sentenced in connection to a fatal 2018 crash in Speedway.

According to the Marion County Prosecutor’s Office, Carl Hill was sentenced to 14 years in the Indiana Department of Correction.

The March 24, 2018 crash in the intersection of Crawfordsville Road and Lynhurst Drive killed Donna Rosebrough and her mother Nola Spears.

Over the course of the investigation, officers obtained security footage showing that a westbound trailblazer on Crawfordsville Road, which was driven by Hill, ran a red light and hit the victims’ vehicle.

On April 1, Hill was found guilty of reckless homicide for the death of Spears. However, a jury was not able to reach a verdict in the death of Rosebrough and a second trial was scheduled.

Prior to the start of the second trial, Hill pleaded guilty to the second count and the habitual offender sentence.