Man shot after long standoff with police in Lafayette 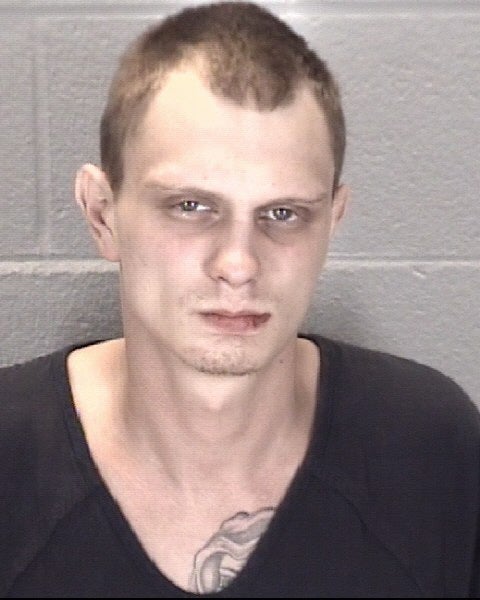 WEST LAFAYETTE, Ind. (WLFI) — SWAT officers said 26-year-old Dustin Borders was shot after they overheard him saying that he was going to kill himself, officers and 26-year-old-female Morgan Edmondson.

WLFI first reported that the standoff happened on Derbyshire Court in West Lafayette.

We know now both Edmondson and Borders were inside the home and according to a news release from the Lafayette Police Department, Borders was holding a knife against Edmondson’s throat.

A WLFI reporter overheard a neighbor in the area saying ‘Why would you break the window out of my granddaughter’s bedroom?’

A Lieutenant with LPD said “because he wouldn’t come out. We had to get him.”

“We were here looking for a person that was wanted on a warrant through the Lafayette Police Department,” said Sergeant Matt Gard.

The Lafayette Police Department went to Dustin Borders’ house, 2500 Derbyshire Court, around 1 p.m. to serve a warrant for resisting law enforcement with a vehicle. It’s a level six felony.

Borders refused to leave his home and according to the Tippecanoe County Sheriff’s Office, Edmondson was being held against her will inside the home so the SWAT team busted into the house.

One neighbor Beth Ann Straley says she has never questioned her safety. She was just worried about getting home.

“I was shocked,” said Straley. “I could not believe I couldn’t get into my apartment complex. I’m not scared. I want to go back in, but they won’t let me.”

LPD and all other departments on scene were protecting the safety of the public after calling this stand-off a dangerous situation.

“We utilize all the tools that we have so everybody out here serves a purpose between our crisis negotiation team and our SWAT team,” said Gard.

The SWAT team first arrived on Derbyshire Court around 3 p.m. but then by 5 p.m. the SWAT team was able to make it to the home.

“We bring everyone out that way we make every effort to make this as peaceful as possible,” said Gard.

To make it as peaceful as possible negotiators made over 10 phone calls to Borders and Edmondson to get them out of the home.

When SWAT entered the home Borders was shot and immediately taken to a local hospital. Edmondson was also taken as a precaution.

Straley says she ever thought this could happen in her neighborhood where she has lived by 25 plus years.