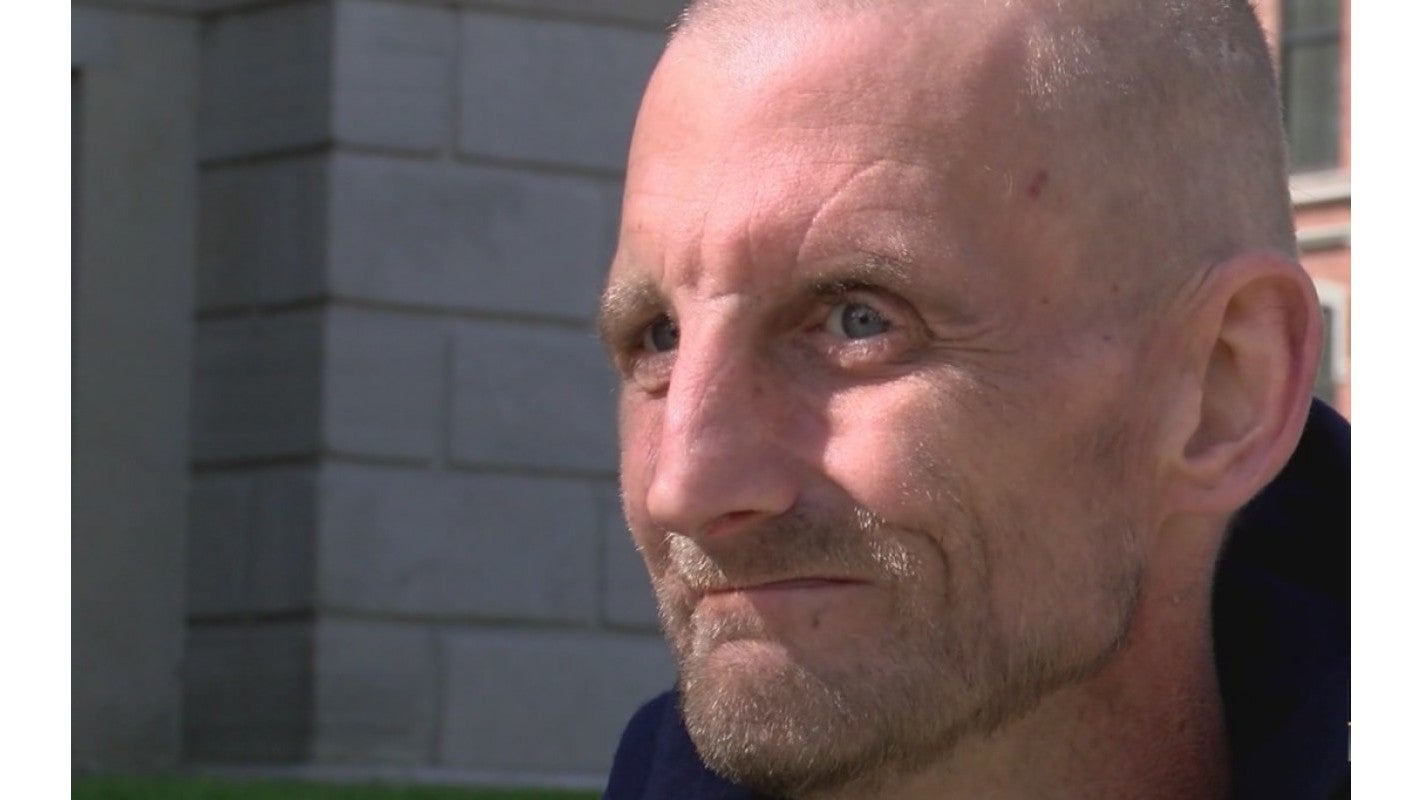 LAFAYETTE, Ind. (WLFI) — Thomas Day, the survivor of an April home invasion said he’s lucky to be alive. He was stabbed 29 times.

He spent three weeks at a hospital in Indianapolis and now he’s back in Lafayette recovering.

Day has spent the past few weeks reflecting on life. When he went to sleep on the night of the incident, he never expected to wake up narrowly escaping death.

“I believe angels, angels saved me. If it wasn’t for my angels, I would be dead,” said Day.

Day has been looking back on the day he almost lost his life.

“I went to sleep like a normal night, and then all the sudden I heard like two gunshots — it sounded like two firecrackers going off,” said Day.

He got up to see what was going on. That’s when he said he saw a man pointing a gun at his landlord, Ron Whiles.

“I grabbed the gun, I threw the gun on the side and put him in a chokehold, had him hit the ground and I told the landlord to call the cops,” said Day.

According to his autopsy, Whiles was shot multiple times.

“My landlord was like, ‘I can’t move,’” said Day. “During this whole time, he (the gunman) was stabbing me and all that but I was not letting him go.”

Day managed to get away but he said it wasn’t easy.

Day escaped the house through a side window. He was later taken to a hospital in Indianapolis to be treated for his wounds.

Police have identified Andrew Alcorns as a “person of interest” in the attack. He’s currently behind bars at a jail in Dayton, Ohio.

Day, Whiles and the suspect were the only people known to be there when it happened. However, Day believes there was someone or something looking out for him.

“It could have been my dad,” said Day. “He died of heart disease so that could be him looking out for me.”

For now, Day is looking at each day with a new perspective.

Day lost everything in the fire and he’s not working due to his injuries.

He said Lafayette Transitional Housing is helping him get resettled.