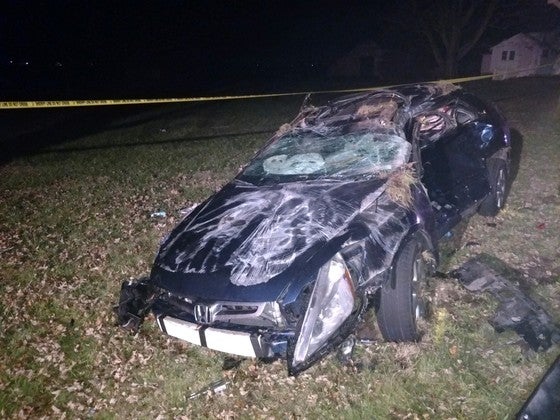 It happened around 9:30 p.m. when a 2003 Honda Accord driven by 27-year-old Evan Stewart was traveling eastbound on County Road 1000 near Base Road when he struck a concrete barrier. The vehicle overturned before stopping in the roadway.

Investigations showed that Stewart may have exited his vehicle and was standing in the roadway when he was struck by a vehicle driven by 25-year-old Andrew Adams.

Stewart was pronounced dead on the scene. Adams did not suffer any injuries in the crash.

A third vehicle was also believed to be at the second crash before leaving the scene.

Alcohol is suspected to be involved in a both crashes.

The investigation remains ongoing. Anyone with information on the crash is urged to call Indiana State Police at 812-689-5000.