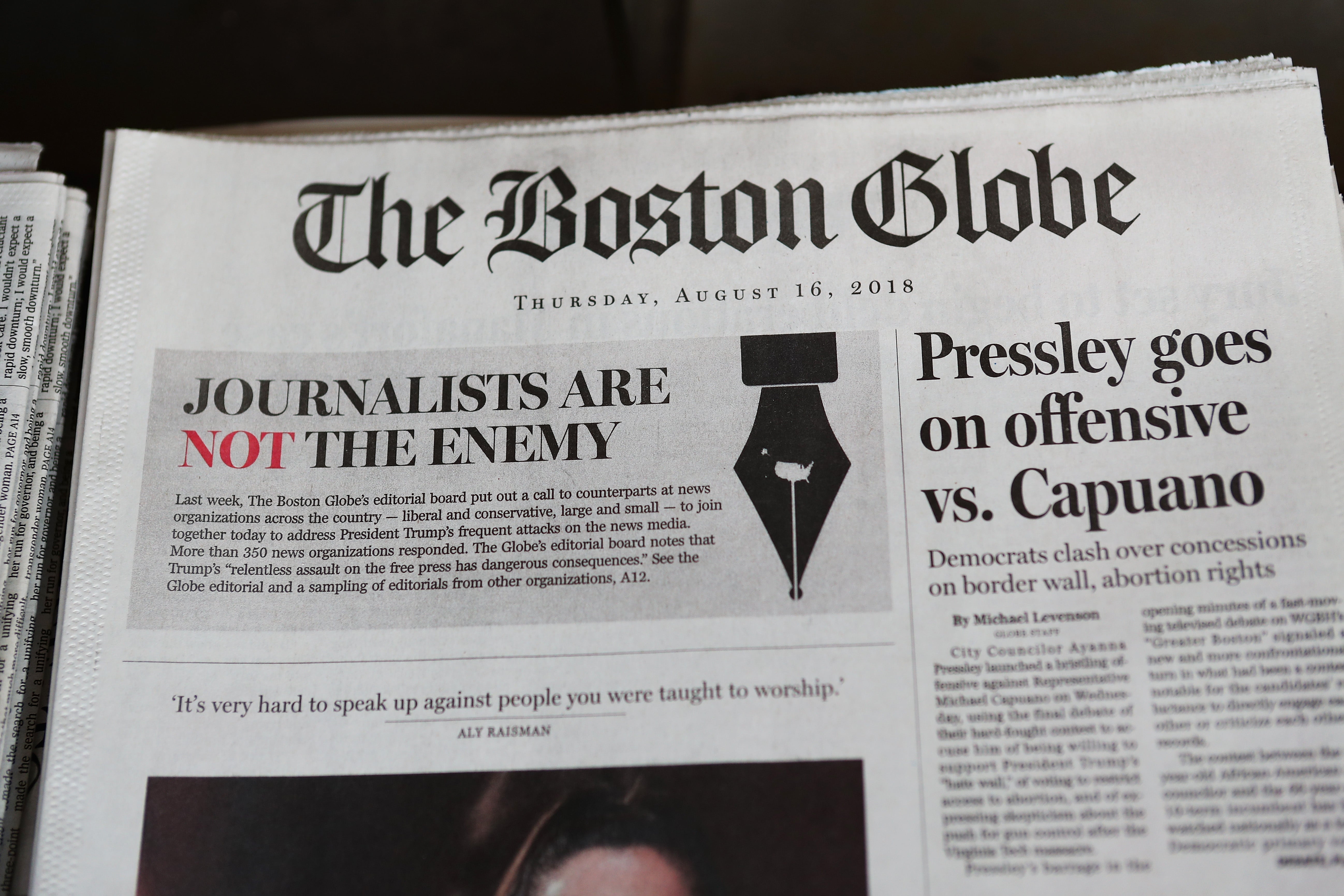 BOSTON (AP) — A California man upset about The Boston Globe’s coordinated editorial response to President Donald Trump’s attacks on the news media was arrested Thursday for threatening to travel to the newspaper’s offices and kill journalists, whom he called the “enemy of the people,” federal prosecutors said Thursday.

Prosecutors say 68-year-old Robert Chain’s threatening phone calls to the Globe’s newsroom started immediately after the Globe appealed to newspapers across the country to condemn what it called a “dirty war against the free press.”

The day the editorials were published, Chain told a Globe staffer that he was going to shoot employees in the head at 4 o’clock, according to court documents. That threat prompted a police response and increased security at the newspaper’s offices.

After the editorials ran, authorities say Chain told a Globe staffer that he would continue to threaten the Globe, The New York Times and “other fake news” as long as they continue their “treasonous and seditious acts” in attacking Trump.

Several times, he called Globe employees the “enemy of the people,” a characterization of journalists that Trump has used in the past.

It was not immediately clear if Chain has an attorney. Prosecutors say he’s expected to appear in Los Angeles’ federal court Thursday and be transferred to Boston at a later date. He’s charged with making threatening communications in interstate commerce, which calls for up to five years in prison.

Jane Bowman, a spokeswoman for the Globe, said the newspaper is grateful for law enforcement’s efforts to protect its staffers and track down the source of the threats.

“While it was unsettling for many of our staffers to be threatened in such a way, nobody – really, nobody – let it get in the way of the important work of this institution,” she said in an email.

Federal officials pledged to continue to go after anyone who puts others in fear of their lives.

“In a time of increasing political polarization, and amid the increasing incidence of mass shootings, members of the public must police their own political rhetoric. Or we will,” said U.S. Attorney Andrew Lelling.