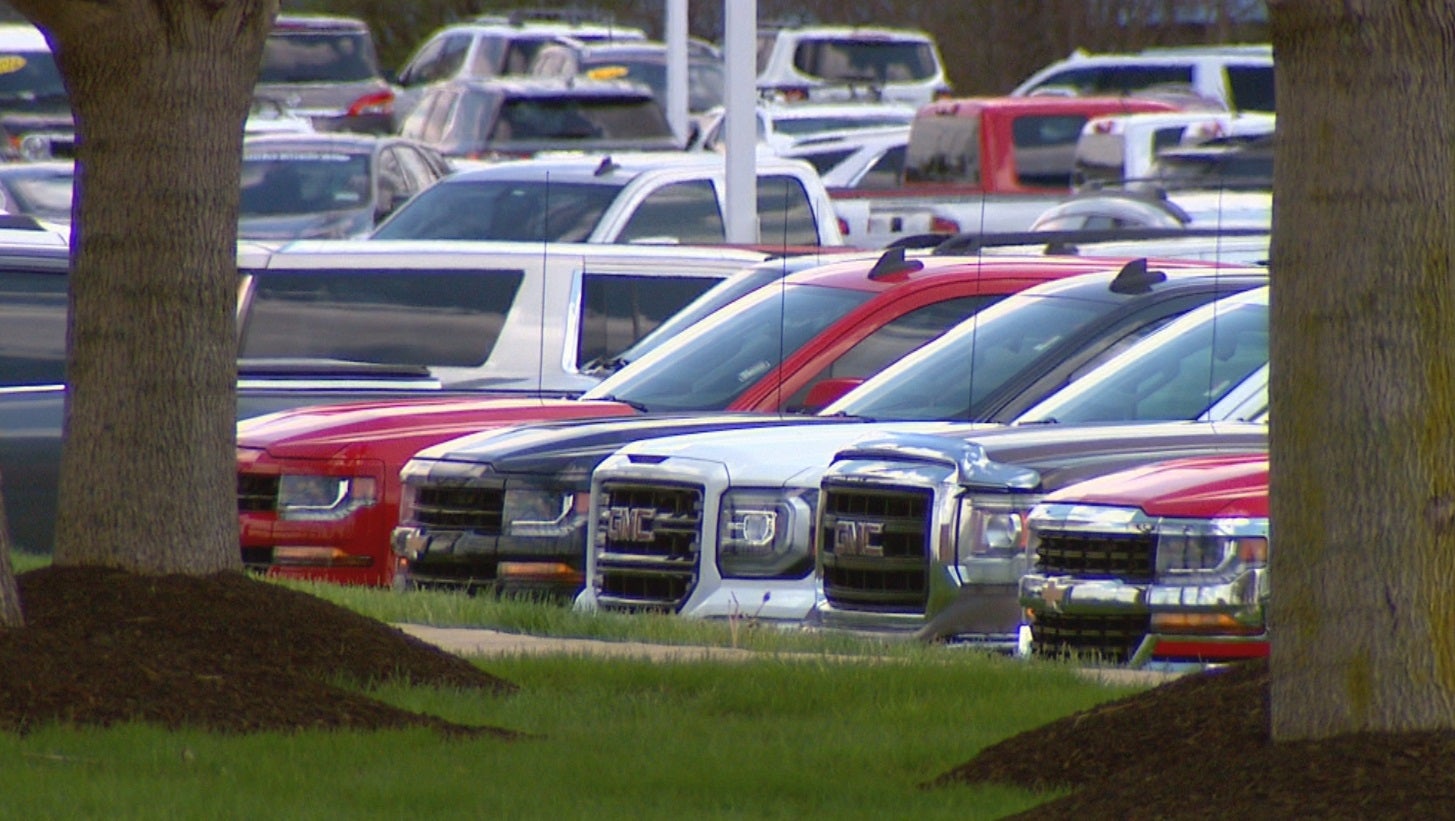 INDIANAPOLIS (WISH) — If you are like most people, you have bought or sold a used car. In fact, according to the Center for Auto Safety, two out of every three cars on the road were bought used. But things did not go as planned for one man who said months after selling his old car, his license was suspended when police found the car. This was long after he gave the car to the dealership as part of a trade-in.

Joseph Limpus spent his birthday last year at the car dealership. He went to Hare Chevrolet to buy a used car. Time passed and the trade-in was in his rearview. He forgot all about the trade-in and was happy with his new car.

“Six months old, the deal was done, I’d been making the payments on this car,” said Limpus.

But he was hit out of the blue by a letter in the mail saying his license had been suspended two weeks prior. He called the court.

“I asked her, I said, ‘what vehicle did this supposedly occur in?’ And they said, ‘well it was a 1992 Ford Taurus, maroon one’ which is what I traded in back in July,” said Limpus. “What do I have to do with this car anymore?”

The only thing the court clerk could tell him was the car was found on 56th Street.

“It was obstructing traffic so I’m guessing it was blocking a lane of traffic, just sitting there in the road,” Limpus said.

He brought in documentation to prove he had nothing to do with the car at the date of the incident.

“I’ve traded for new cars several times before,” Limpus said, “I’ve never ever had anything like this happen before. I’ve never heard of it happening to anybody else before.”

Limpus called I-Team 8 because it did not seem right to him. We got busy trying to figure out what happened and how.

The general manager at Hare Chevrolet told us the car was sold to an auction house, and then bought by another dealership. All this, even though Limpus thought he transferred the title directly to Hare. But in reality, he had only signed over power of attorney.

“A dealer can reassign a title up to three times on the back of the document,” said Kyle Bonick, Deputy General Counsel for the Bureau of Motor Vehicles. “That’s used just for ease of business. Sometimes dealers will transfer from one dealership to another, a place the car is more likely to sell, and it saves the dealers money. They don’t have to transfer title every single time. They don’t have to pay the $15 every time—it’s strictly for ease of commerce.”

The power of attorney basically gives the dealership the ability to move the car around without having to pay to transfer the title, which makes things easier for them and saves them money. It’s not just legal, it’s industry standard.

Hare Chevrolet told I-Team 8 the title could not be in a business’ name, but the BMV says not so fast.

“A title can be put in any person’s name: individual, corporation, company, limited partnership, anything,” said Bonick.

I-Team 8 took this case to Robert Shive, attorney and partner at Emswiller, Williams, Noland & Clarke, who recently went through the car-buying process himself.

“My gut reaction was this seems like this shouldn’t be how it works, but if you delve into it deeper, you can see this is exactly how it works,” said Shive. “It never occurred to me that I could have my title on a used vehicle for months and months and months, like the person that you dealt with.”

Shive said a power of attorney usually means you have a legal obligation to protect someone.

“When you look at the idea that someone has signed a power of attorney for a specific purpose, usually you would imagine that comes with duties and responsibilities to not harm the person who has signed off on that,” he said. “But in this case, they’ve carved out a mechanism where really all that is is a license for the dealer to move the title back and forth.”

Hare Chevrolet would not tell I-Team 8 the name of the auction house they sold Limpus’ car to, so we have no way of finding out where it ended up or why it was left in the road.

To Shive, this underscores the importance of knowing exactly what you’re signing and what it means.

“You ought to read it and understand it, because whether or not something’s been done that’s illegal isn’t necessarily the question,” Shive said. “The question is, did you understand what you signed when you signed it? Because the law pretty much says that’s on you.”

Joseph Limpus said the court reinstated his license, but he is worried things could have been much worse.

“They found this car parked in traffic, what would have happened if a school bus would have ran into the back of that car? Or they’d have opened it up and it would have had drugs in it? Or, in today’s world, any kind of crime scene in it? Whose door do you think they were going to come knock down first? They’re going to come to my door 23 because I’m the one that was last registered to that car,” said Limpus.

Limpus said the only things he wanted from Hare Chevrolet were an explanation and an apology. A sales representative from Hare only called him after we got involved, but they still have not apologized or explained to him what happened.

If you sell or trade-in your car, you can bring the bill of sale or dealer invoice to your BMV branch and they will mark the vehicle as sold. This does not take your name off the title, but it does indicate you no longer own the car and you can get a refund on your excise tax.

Have a story that needs investigated? Send I-Team 8 a message.