Man trades in car, has license suspended when vehicle found in road 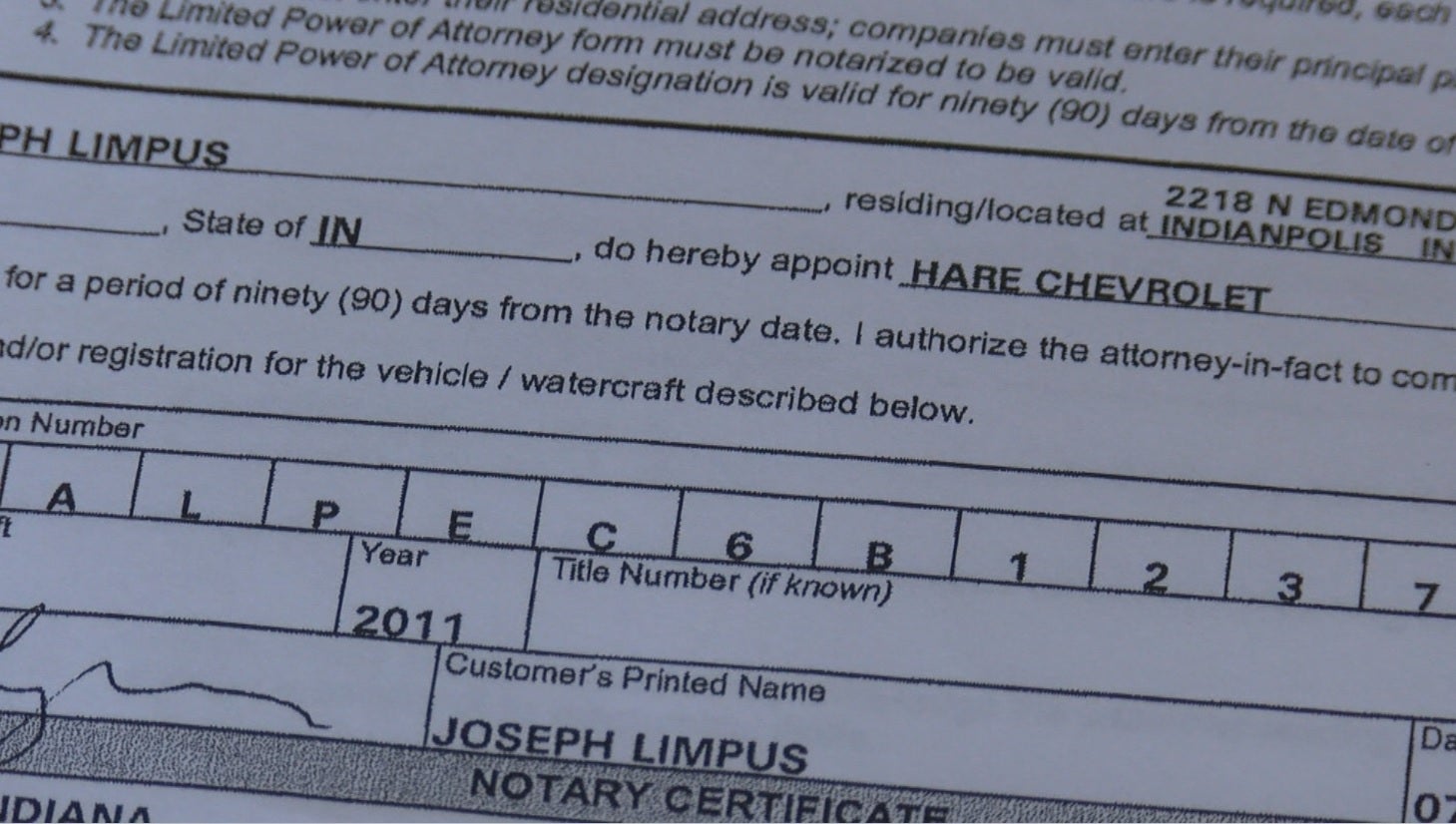 INDIANAPOLIS (WISH) — An Indianapolis man said he traded in a car, then had his license suspended when that car was found in the middle of the road.

Joseph Limpus said he had been making payments on his newer vehicle for months when he received the notice. It said his old car was found on 56th Street.

Unsure of what to do, he called I-Team 8.

The dealership that bought the car said it was then sold to an auction house, then bought by another dealership.

From there, the details get murky.

How did this happen? Whose responsibility is it? And what advice would a lawyer give?

Have a story that needs investigated? Send Stephanie a message.