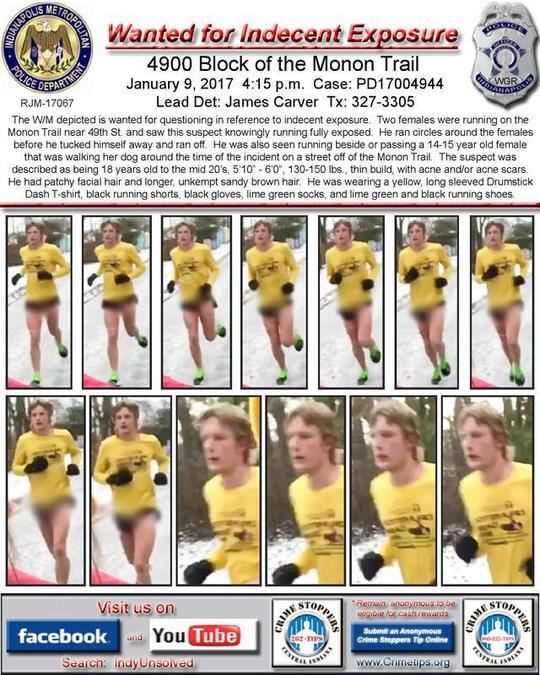 INDIANAPOLIS (WISH) — The Indianapolis Metropolitan Police Department needs your help in locating a man who flashed two women on the Monon Trail in early January.

Authorities said the two women were running on the trail when the man ran circles around them fully exposed. He then tucked himself away before running off.

The man is described as being 18-20 years old, around 6 feet tall with a slender build and around 130-150 pounds. Authorities believe the man may have unkempt brown hair and possible acne with scars.

The man was also seen running near an under-aged girl that was walking her dog near the incident around the same time.