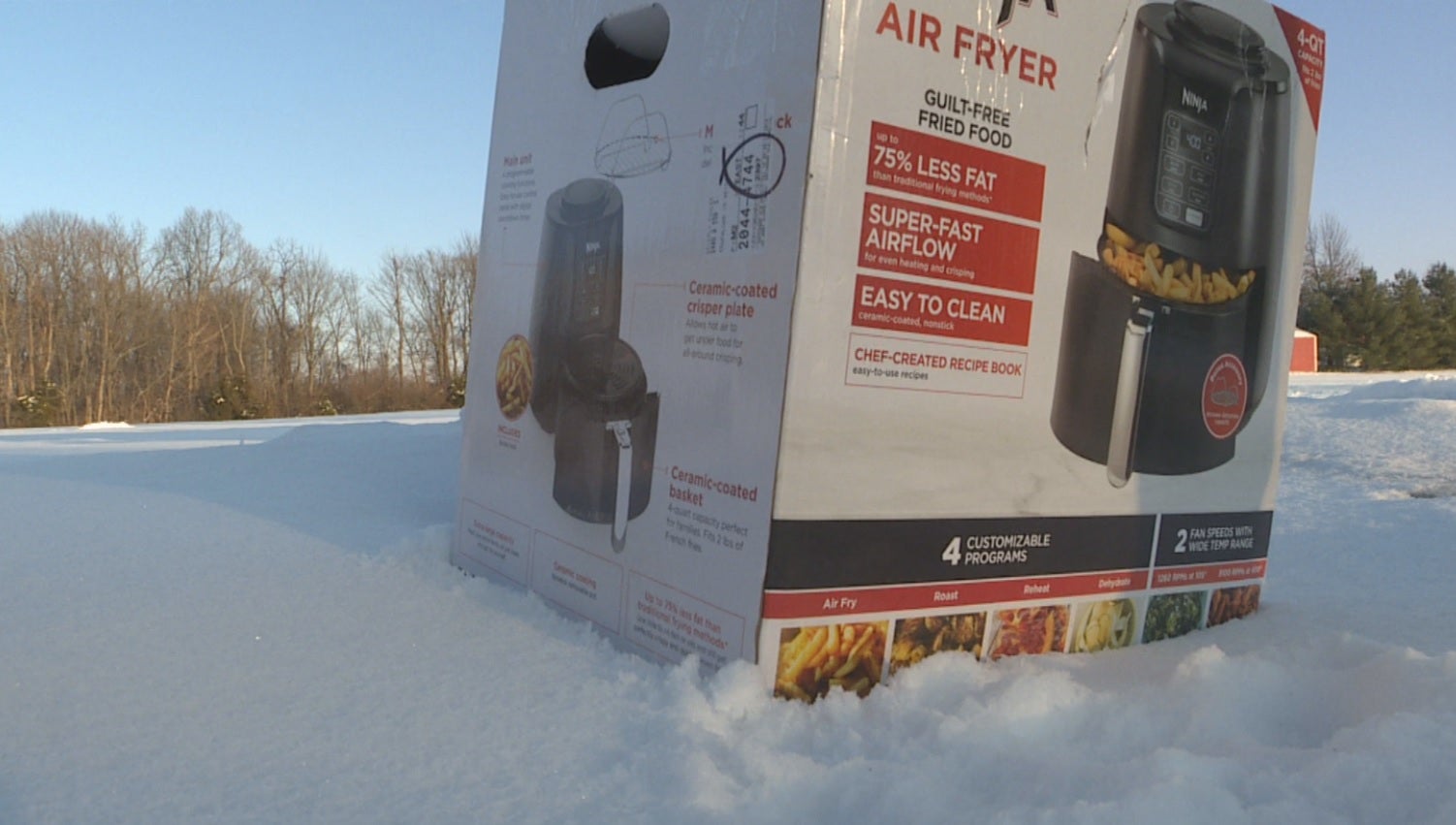 TRAFALGAR, Ind. (WISH) — A homeowner is issuing a warning after he watched his important deliveries left at the end of his long driveway, not his front porch. He wants others to be on the lookout this Christmas season.

When he called UPS to complain, they mentioned possible concerns with snow.

But that last 150 yards didn’t give us any problems.

There was some ice and hard-packed snow covering Fowler’s driveway in Johnson County, just south of Trafalgar, Wednesday evening.

But four-wheel drive was not needed to make the last 150 yards from his county road.

Yet, that’s where his two boxes were left by a UPS truck earlier in the day.

“At the end of the driveway? Anyone could steal it,” he said.

If not for his sharp eye seeing the actual dropoff, they could have been left for hours.

“A lot of traffic goes up and down this road. It probably wouldn’t be there,” he said.

But what made him more upset was seeing similar treatment of a package left at his neighbor’s driveway next door.

He let his neighbor know and even took a couple pictures as proof that the delivery was made. But he felt helpless to do anything more.

“If you’re on vacation, that’s bad news,” Fowler said. “The package might not be there when you come home.”

For Fowler, no damage done.

His wife got both boxes. It was too cold for the snow to do any damage to the actual packages.

But he’s worried if he wouldn’t have picked them up when he did, he would have been financially responsible.

Delivering to the front porch has never been a problem before.

But with more presents to come, he’s rethinking his options.

“I might have to make sure everything is delivered by FedEx, you know, because I don’t appreciate packages at the end of the road,” Fowler said.

They said the normal guidelines for drivers are out of sight and out of weather.

But without knowing the specifics of the house, they couldn’t give an answer for what the driver was doing.

We provided that additional information but have not heard back as of late Wednesday night.

A UPS spokesman responded to our request on Thursday evening. The center manager said the driver felt the driveway was too unsafe to drive down because of the ice and was worried his truck would slide off the road and damage the property.

“He felt his safety and safety of the vehicle and surroundings were in jeopardy. We give our drivers the final decision making ability in situations like that when ice and slick surfaces pose a danger to themselves and the surrounding property…When the drive is safe to use we will certainly use it.”