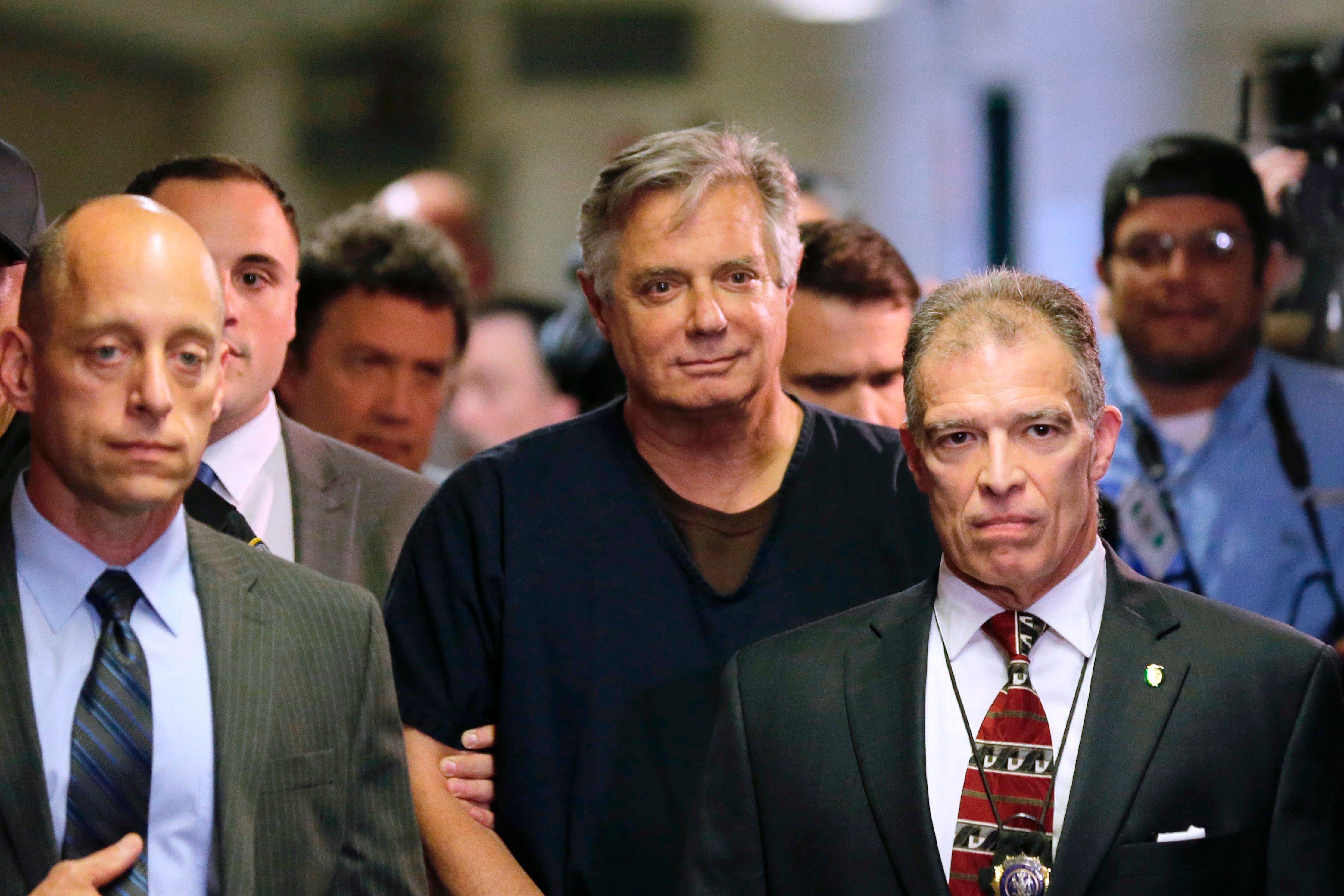 NEW YORK (AP) — Paul Manafort, the imprisoned former chairman of President Donald Trump’s 2016 campaign, pleaded not guilty Thursday in New York to state mortgage fraud charges that could keep him locked up if Trump pardons him for federal crimes uncovered during the probe of Russian election meddling.

Manafort, in a blue jail uniform and handcuffs, walked with a limp as court officers led him down a public hall to and from the courtroom. He had been transferred last week to a federal detention center in New York for his arraignment in the state case.

Manafort remained seated as he entered his plea and had to be helped out of his chair when taken out of the courtroom. He used a wheelchair at his last federal sentencing in March because of gout.

Manafort, 70, is already serving a 7½-year prison sentence for misleading the U.S. government about his lucrative foreign lobbying work, hiding millions of dollars from tax authorities and encouraging witnesses to lie on his behalf.

Manafort is due back in court in the state case Oct. 9. His lawyers asked if he could skip pretrial hearings. Judge Maxwell Wiley said he will decide that on a hearing-by-hearing basis.

Manhattan District Attorney Cy Vance Jr. announced the state charges in March, just minutes after Manafort was sentenced in the second of his two federal cases, saying in a statement at the time: “No one is beyond the law in New York.”

Manafort’s federal cases were byproducts of special counsel Robert Mueller’s probe of Russian influence on the 2016 election, but a judge who presided over one of them made clear that they had nothing to do with Russian election interference, but rather Manafort’s years of “gaming the system.”

The 16-count New York indictment alleges Manafort gave false and misleading information in applying for residential mortgage loans, starting in 2015 and continuing until three days before Trump’s inauguration in 2017. He is also charged with falsifying business records and conspiracy.

Some of the alleged conduct described in the New York indictment echoes the charges and testimony in Manafort’s federal tax fraud case, and his lawyers are expected to challenge the case on double jeopardy grounds.

Manhattan prosecutors contend their case is safe from a double-jeopardy challenge because mortgage fraud and falsifying business records are state crimes, but not federal crimes.

The president can pardon federal crimes, but not state offenses.

Trump has said he feels “very badly” for Manafort but hadn’t given any thought to a pardon.

New York currently has strong double jeopardy protections, but in May state lawmakers passed a bill meant to ensure that state prosecutors could pursue charges against anyone granted a presidential pardon for similar federal crimes. Democratic Gov. Andrew Cuomo supported the legislation but has yet to sign it.

Manafort was sent to a federal prison in Pennsylvania after his last federal sentencing in March.

He was expected to be moved to New York City’s notorious Rikers Island jail complex for the state case, but his lawyers complained to federal prison officials that his health and safety could be threatened there.

In conjunction with Manafort’s federal convictions, the U.S. government seized two of his Manhattan properties and put them up for sale. His Trump Tower apartment, a one-bedroom with sweeping views of Central Park, is listed at $3.6 million.