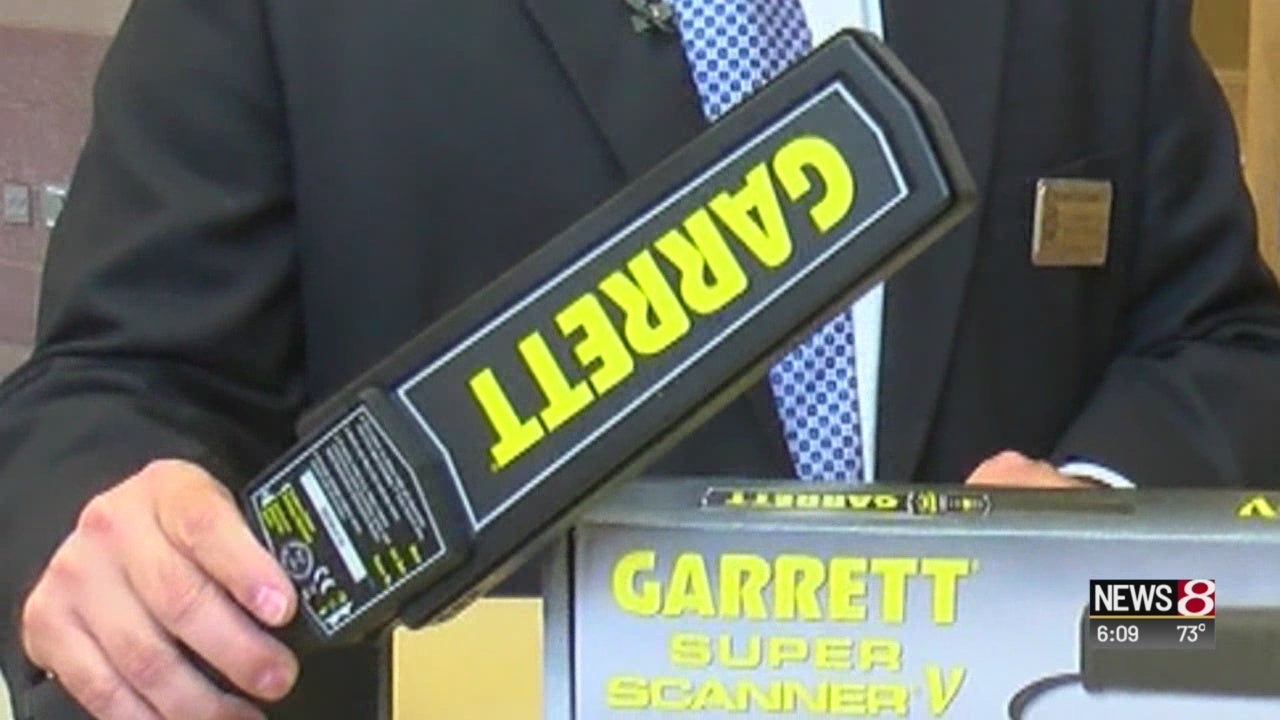 FISHERS, Ind. (WISH) — The state gave away more than 3200 hand held metal detectors to any school district wanting to them.

Around 94 percent of Indiana’s public schools accepted the devices. However, News 8 has learned that many are not using them, including Hamilton Southeastern Schools, which requested 90 wands, more than any other district.

The big concern is time. Getting each student through security before the beginning of class poses a problem. At Fisher’s High School, with around 3600 students, that could take hours according to Director of Student Services Ryan Taylor.

Taylor fears that wanded all students would be comparable to airport security, “Please allow 2 hours prior to your flight so that you can go through those TSA check points. Well, if you apply the same analogy to our building here, Fishers High School, this is an airplane of 3600 that takes off every morning at 7:35.”

So, until HSE can figure out when to wand students and how often, the district will not use any of the 90 wands they requested from the state.

“Our wands have arrived. Currently, we’re kind of in a holding pattern to best utilize those. How to search, policies and procedures,” said Taylor.

The district is also trying to figure out who would wand the students and what kind of training they would need. And they’re not alone, News 8 reached out to several districts in and around Indianapolis. As of Friday, IPS, Decatur Township, Carmel Clay, Perry Township, Center Grove, Beech Grove and Plainfield have all received wands, but have not used them. Noblesville, Lawrence, Greenwood and Avon have all requested wands but not received them yet.

“This was just a very quick blitz of a solution to try and make the adults feel better about what happened in Noblesville,” said Indiana State Teachers Association Teresa Meredith.

Meredith doesn’t believe it’s practical to wand all students. She is also concerned about profiling if only some students are wanded.

The state paid nearly $332 thousand for 3,228 devices. Meredith believes the cost, that has nothing to do with money, could be too high.

HSE plans to have a policy in place by the end of the school year and therefore plans to use the wands by then as well.