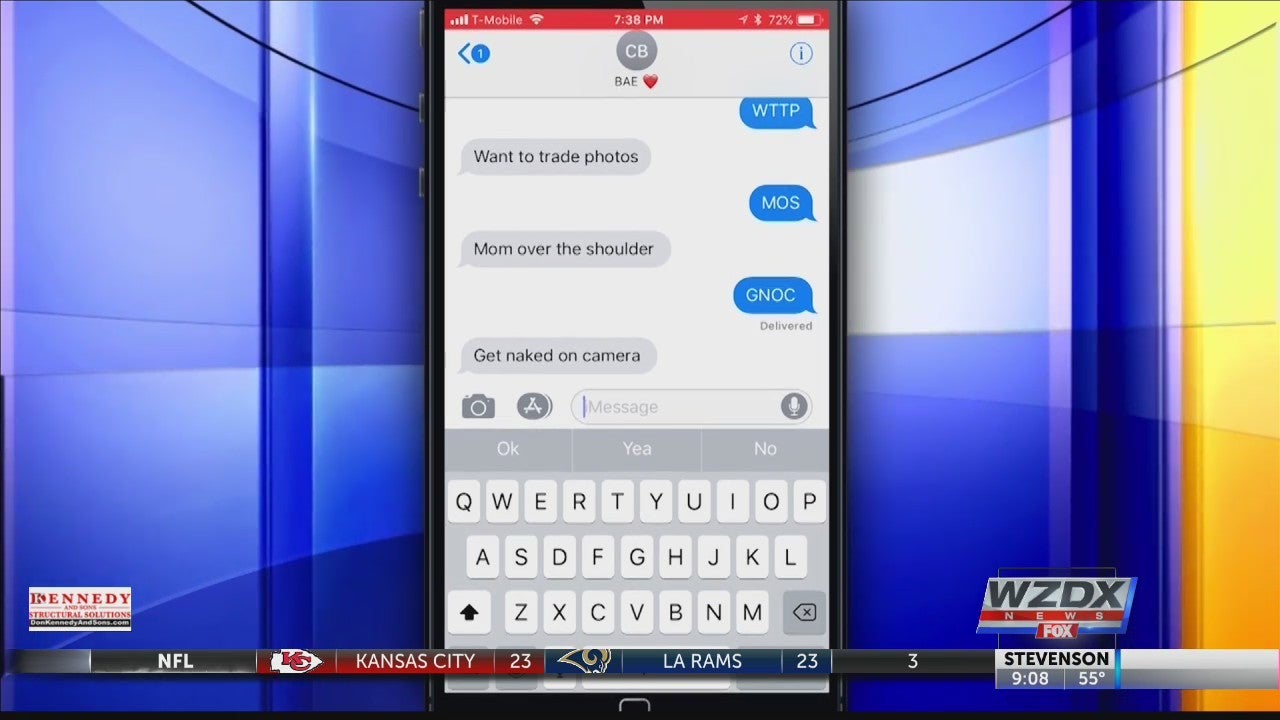 Teens are constantly on their smart phones texting, video chatting and using social media. Parents, have you ever read a text from your child and have no idea what they’re saying?

“I think what they’re saying is a different word than what it actually is because it’s an acronym and I’m trying to put a word in its place,” said father Trent Iley.

The way teens communicate with each other and sometimes strangers online, can be with words, acronyms or emojis that are coded to mean different things. We brought a group of parents and their teens to our studio to find out if parents could figure out some of the secret text codes teens are using.

What does 99 mean?
“I have no idea…no idea,” said mother Tori Beasley.
99 is the code for parents are gone.

“I want sex now,” explained 8th grader Lauren Iley. She said that acronym is thrown around at her school all the time.

“It’s not my group of friends but some of them I have heard throughout hallways or walking to class or whatever,” Lauren continued.

This next one really had parents confused.

“What does KMS mean?”

“Kill Myself,” Jordan Beasley explained. “Yeah, we just say that jokingly, which is not good, but we do anyway,” Jordan added.

Parents, were you aware of that?

What about LMIR? The acronym is commonly used on social media. LMIR stands for “let’s meet in real life”.

“Let’s make it right, is what I thought, but I figured that wasn’t it. Wow,” said Iley.

Some other popular terms parents should be concerned about are:

“I’m still in awe about some of these. That kids would be sending some of this stuff over texting or social media. I don’t know, I’m just in shock about it,” Beasley expressed.

Child therapist Lauren Self find parents in her office after they have discovered bad behavior on their teen’s phone.

How should parents respond?

“Be calm. One of the biggest things I hear from teenagers and adolescence is ‘my parents freaked out,’ and then after that they stopped talking to them,” explained Self.

She said parents need to educate themselves on what apps their kids are using.

“We’ve always done random phone and tablet checks, since probably she was about 10, just to make sure she’s not downloading stuff she doesn’t need to be downloading,” said mother Amanda Banks.

Therapists say parents must teach your kids that stranger danger can exist on the other side of the screen. “It can really get dangerous and I’ve seen several clients come in here in pretty difficult situations where they’re being preyed upon by pedophiles, so because of the severity of it, I usually encourage parents to say you’re only allowed to friend people that you know in real life,” added Self.

After failing the text test, father of two Trent Iley said he now knows what to look for.

“As a parent it’s our job to step up and monitor that and don’t be naive enough to think they’re not going to participate. You hope they don’t, but if you’re an absent parent, there’s a very good chance that they’re going to participate,” he explained.