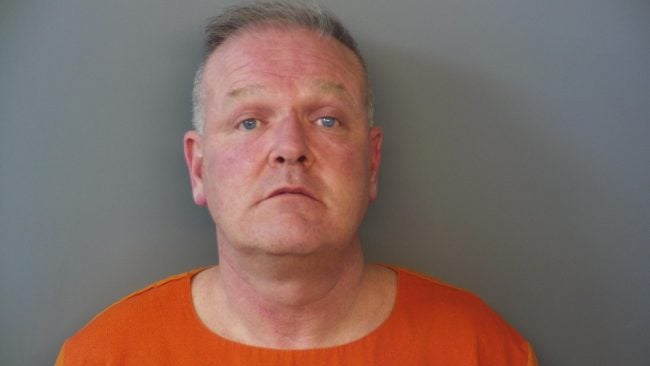 BROWNSBURG, Ind. (WISH) — The police chief at Marian University was arrested Friday for allegedly operating a vehicle while intoxicated.

The incident started at noon when officers were dispatched out to a White Castle in the 900 block of North Green Street on a call of a possible intoxicated driver in the drive through.

Officers made contact with the driver, 48-year-old Soctt Ralph, at Grant and Sycamore Street where they detected a strong odor of alcohol coming from Ralph’s breath.

After being asked to submit to a field sobriety test, Ralph refused and was later taken into custody.

School officials said that Ralph was not on duty at the time of his arrest. He was placed on administrative leave after the incident.

According to online records, Ralph has bonded out of jail.

Marian University released a statement on the arrest:

Earlier today, Scott Ralph, chief of the Marian University Police Department, was arrested for suspicion of operating a vehicle while intoxicated in Brownsburg, Indiana. He was not on duty at the time of his arrest. The university considers these charges to be very serious. Chief Ralph is in a position of authority on our campus, and is expected to serve as an exemplary role model to our students and the community. The university has placed Chief Ralph on administrative leave immediately pending investigation. Disciplinary sanctions, up to and including termination, will be determined at the conclusion of the investigation.