Marion County Election Board looks to expand voting options in 2019 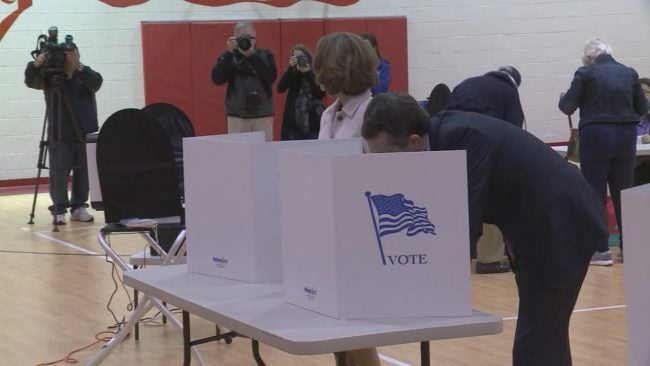 INDIANAPOLIS (WISH) — In 2019, Marion County voters could have a major change in how they vote in elections. The county election board took the first steps to expanding the places you can vote. There are nearly 300 sites for you to vote right now, and you go wherever you are assigned based on your precinct. But with vote centers you’d be able to go to any of the 300 sites.The Marion County Election Board approved the formation of a committee to work out the framework to make this change possible for the 2019 election. Marion County leaders said a change to vote centers could make your voting process easier. “Wednesday’s vote provides an opportunity to expand  how we do voting here in Marion County,” said Russell Hollis, the deputy director of the Marion County Clerk’s office .The steps taken by the election board would allow you to vote at any of the 300 polling sites around the county, instead of the one assigned to you. Supporters say a hope to shorten lines and make voting more convenient. “It’s definitely a move in the right direction,” said Katherine Macy, with the organization Vote Easy Indy.  One criticism of vote centers is that typically the number of places for you to vote drops. So, you can go anywhere but it may end up being farther from where you live. But in 2019, the election board said it will not reduce the polling sites. “The advantage of keeping every polling location the same as the vote centers is to increase the access to voting for our Marion County residents as well as to avoid voter confusion,” said Hollis. There’s also a plan to expand early voting. Right now you can only go to the City-County Building. which some say poses a problem. “It’s very hard with that one location, because it’s located in downtown Indianapolis without a lot of parking,” said Macy.  In 2019, the plan is for at least six early voting sites open for the general election.“There’s so many reasons why someone will need early voting from work requirements where they work twelve hour shifts to people like my mother who is 69 years old and would have a hard time standing in line,” said Macy. The election board will need to vote again at some point to officially make these changes for 2019. There will be open meetings and discussion before a vote is taken. Earlier Wednesday, Indiana Secretary of State Connie Lawson sent 24-Hour News 8 the following statement about the vote:

I’ve heard from voters all over the state that they love the convenience of voting at any location in the county and the additional early voting opportunities. I believe the voters of Marion County will appreciate this flexibility too.  In addition, vote centers save taxpayers money. They reduce the cost of purchasing voting equipment and voting locations. I applaud the work of Marion County leadership for developing a vote center plan that will serve the county well. It takes lots of compromise and hard work to develop an innovative plan that provides convenience to voters and potential costs savings to the county.”

But proponents for early voting say while a step in the right direction, questions do remain. “My big question at this point is what are we going to do for 2018,” asked Macy.On the topic of 2018, former Marion County Clerk Beth White said implementing vote centers would be impossible for the midterm election because of all the new training needed. But early voting, she says, would be entirely possible. Vote Easy Indy hosted an event about early voting hosted at the Universalist Church in Indianapolis. Two of the three Marion County Election Board members spoke. For a change to take effect a vote must be unanimous, and in the past the sole Republican on the board has voted no. And many in the crowd of about 75 wanted to know why the board’s current Republican wouldn’t vote for an expansion. “We have to weigh and balance opinions across our entire party and there are some people who are very adamant about early voting and there are people who are not,” said Melissa Thompson, the Republican on the Marion County Election Board. Proponents of early voting point out it has increased in some of the Republican-controlled counties surrounding Marion County and question why it hasn’t happened here. Thompson did say compromising is key, and that’s why the board could move forward with early voting in 2019 and adding voting centers.