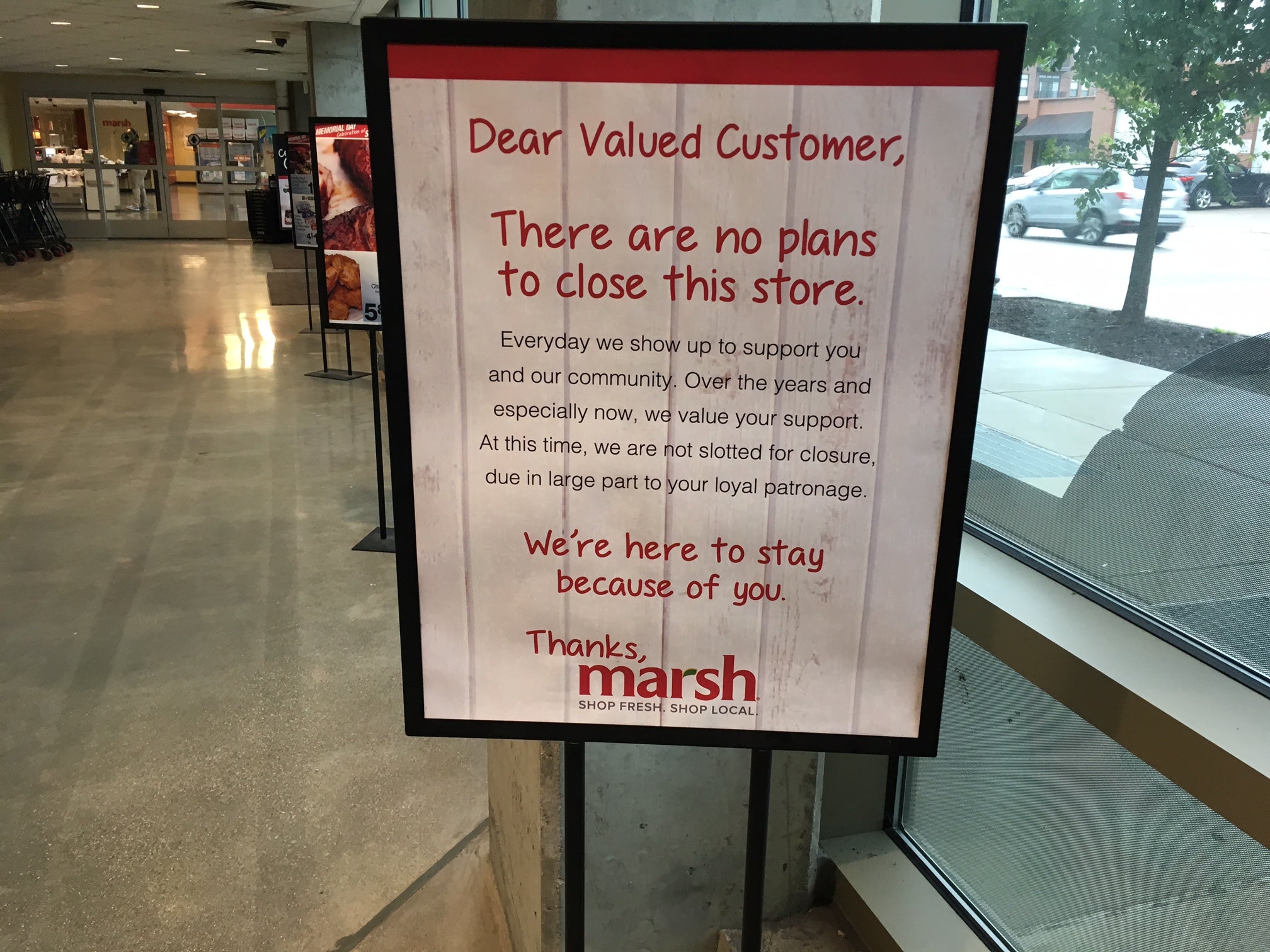 BEECH GROVE, Ind. (WISH) – Signs are popping up in Marsh stores saying there are no plans to close them.

But just two weeks ago, the company announced it could close all of its stores.

Marsh has been around central Indiana for decades. The grocer currently has 44 stores.

A company spokesman said they never had plans to close the stores. He said instead the plan is to keep them open, but they have to find a buyer or investor.

“The city is going to have to make something happen,” said Mayor Dennis Buckley of Beech Grove. “It (Marsh closing) will have a very bad impact on the local economy and the people who live around the store.”

The store is located in a neighborhood with a senior community nearby. If the Marsh closes, Buckley says it will just add to other problems in the area.

“This is not a good situation for us,” said Mayor Buckley.

Next door to the supermarket is a shuttered restaurant. Across the street is a former Starbucks that is also shut down. And less than a block away the former St. Francis hospital is being demolished.

Customers are hoping Marsh isn’t next.

“The fact that it’s possibly closing could definitely put a hamper on things and it’s kind of an icon here in Beech Grove,” said Daniel Latham, who shops at the store.

Buckley says the Council may have to step in.

“I think I’m going to approach the council sometime this summer and I’m going to introduce a plan to jump start that area of the city to where we can slow down the impact on property values, the worse thing that could happen is that we let people’s homes value decrease,” said Mayor Buckley.

The mayor hasn’t drafted a plan yet, but he said the city attorney has been in contact with Marsh and other grocery chains.