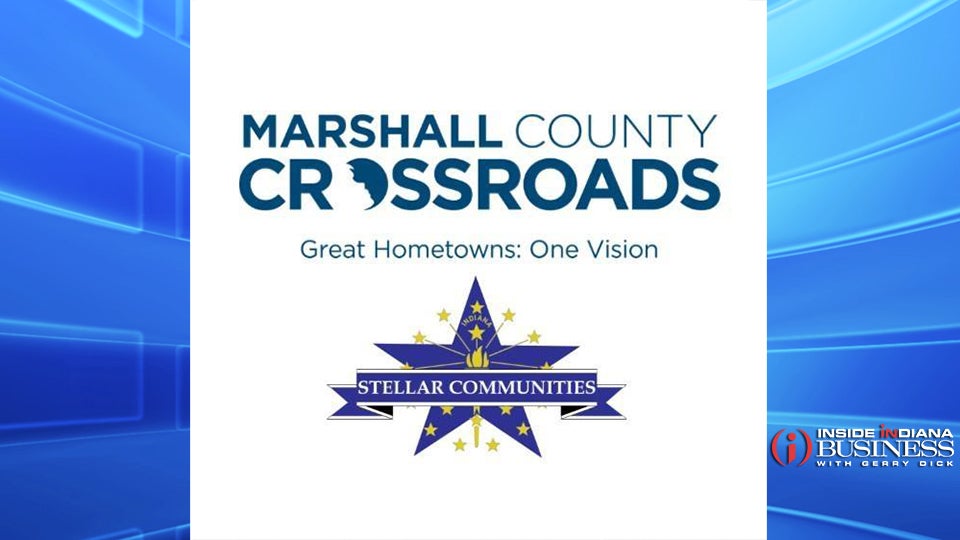 MARSHALL COUNTY, Ind. (Inside INdiana Business) — The Indiana Office of Community and Rural Affairs, along with Lieutenant Governor Suzanne Crouch, has selected Marshall County Crossroads as the 2019 Stellar Communities designee.

The region, which includes all of Marshall County, as well as the towns of Argos, Bourbon, Bremen, Culver, LaPaz and Plymouth, will receive more than $13 million in grants from various state agencies to implement its regional development plan.

“The biggest thing I think helped us this time was we had more people involved in this process,” said Overmyer. “We had the arts; we had tourism; we probably had 100 people total on the committee and subcommittees working on this. We even had some high school kids that were involved in this, so it truly was a group effort.”

Stone says they heard from a large, diverse group of people throughout the county about what they wanted to see to improve development and quality of life in Marshall County. Munroe says she believes Marshall County distinguished itself with the level of public engagement that it had.

“We had community conversations; we went into each community and dove pretty deep on what our residents and our business think of quality of life in Marshall County,” said Munroe. “We did surveys online, in-person surveys. We literally went out and pounded the pavement trying to hear from all 47,000 people in the county. I think that really distinguished us because we made it an important part of our process to say to the public, ‘Hey, we want your ideas at the table as well and we take that very seriously,’ and I think that also set us apart.”

“The regional development plan that they put forth really reflected the goals outlined in our Stellar regional program: collaboration, planning, impact, community engagement. It’s not always just about the projects included with Stellar, but it’s about the process. They fully understood and utilized that Stellar process multiple times throughout this last year all the way from their first submission of their letter of intent to the RDP and that was very apparent.”

This is the first year in which a single Stellar designee has been named. Golden says the other 2019 finalists will receive a share of $1 million to continue advancement of their regional development plans.

State officials, including Crouch, will join representatives from Marshall County Crossroads on December 19 for a local “Stellarbration” to mark the designation.

In June, Marshall County Economic Development Corp. Chief Executive Officer Jerry Chavez appeared on Inside INdiana Business with Gerry Dick to talk about the region’s Stellar plans after being named a finalist. You can learn more about Marshall County Crossroads and its regional development plan by clicking here.

The designation is the latest honor for Marshall County this year. In August, the Indiana Chamber of Commerce named the town of Plymouth its 2019 Community of the Year.