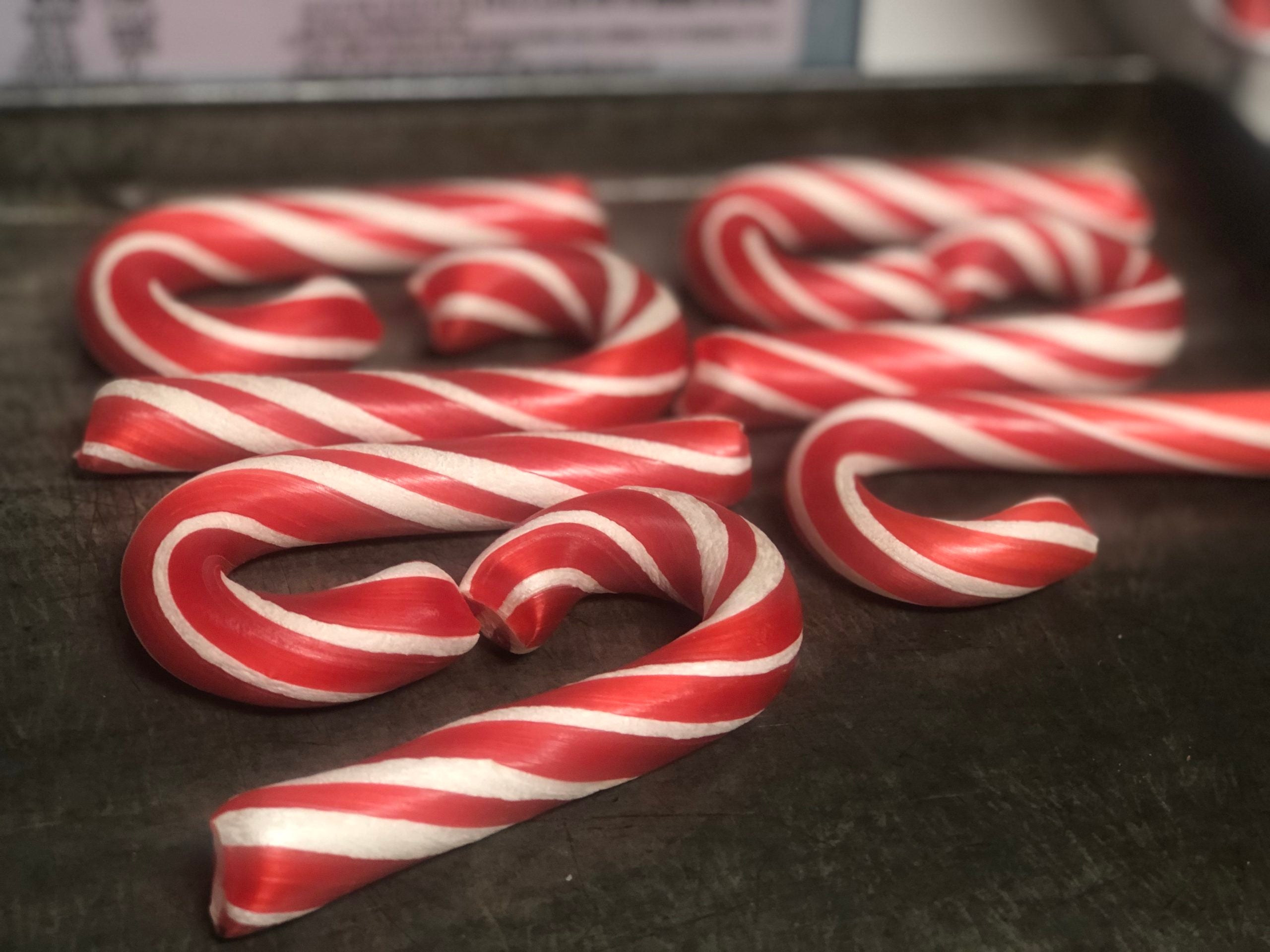 MARTINSVILLE, Ind. (WISH) — The Martinsville Candy Kitchen has been a staple in the community now for 100 years, specializing in many types of sweet treats. But every year around Christmas time people are running in and out of their doors, looking for the treat that made them famous — candy canes.

“I love these candy canes,” long-time customer Heather McFarland said. “There’s something different about them. They definitely do not taste like the ones you get in the stores.”

The family-owned and family-run business is dedicated to giving customers that up-close-and-personal feeling.

Every candy cane is hand-made from scratch, with a majority of the same tools they’ve been using since 1919.

“I been coming here for at least what 10 years to pick up candy canes,” said McFarland.

“Local folks that come in, they all say they’re so happy we kept it going,” co-owner, John Badger said.

When it comes to John Badger and his family, dedication only scratches the surface. When they leave the kitchen, they all still have to make time for their full time jobs.

“I had no idea what we were getting into,” Badger’s daughter Cristian Devlin said. She makes the two-hour drive from West Lafayette to do her part in making sure the family business thrives during the holidays.

“It’s neat that they have this kind of as a side gig but they’re all pulling it together to make it work,” Plainfield resident Jordyn Pfeifer said.

“I guess it’s a good feeling knowing you’re supporting not just a town but a family,” said new customer, Hannah Vaught, who traveled from Bargersville, Indiana.

“This store has actually had six different owners,” Devlin said. “We’ve been in three different locations on the same block on Main Street in Martinsville.”

“We couldn’t do it without the community,” Badger said. “That’s what keeps us alive.”

And when they turned 100 years old, people from everywhere showed them even more love.

“We literally had people out the door lined up halfway down the block to come in here,” Devlin said.

They make deliveries anywhere from Indiana to places like Brazil, Kuwait and Guam, but they say nothing beats the feeling of that hometown support.

“There’s a lot of families that come back year after year,” Devlin said. “They have become our regulars and we love having them here and this is their family tradition.”

However, when Christmas comes around, the demand for that tradition kicks into overdrive.

“Crazy,” Badger said. “Real crazy. We get a little bit behind sometimes.”

They take their candy seriously, but it’s for a reason.

For the long-timers it’s a tradition. For the newcomers it could be a perfect time to start one.

“This will be something, a fun tradition to do every year and come pick out candy for family or [the kids] Pfeifer said.

After that last cane is made for Christmas there’s only one thing the Badger family has left to do until next year — rest.

“I’m going to go home and sleep for a few days,” Devlin laughed.

To learn more about the Martinsville Candy Kitchen click here.