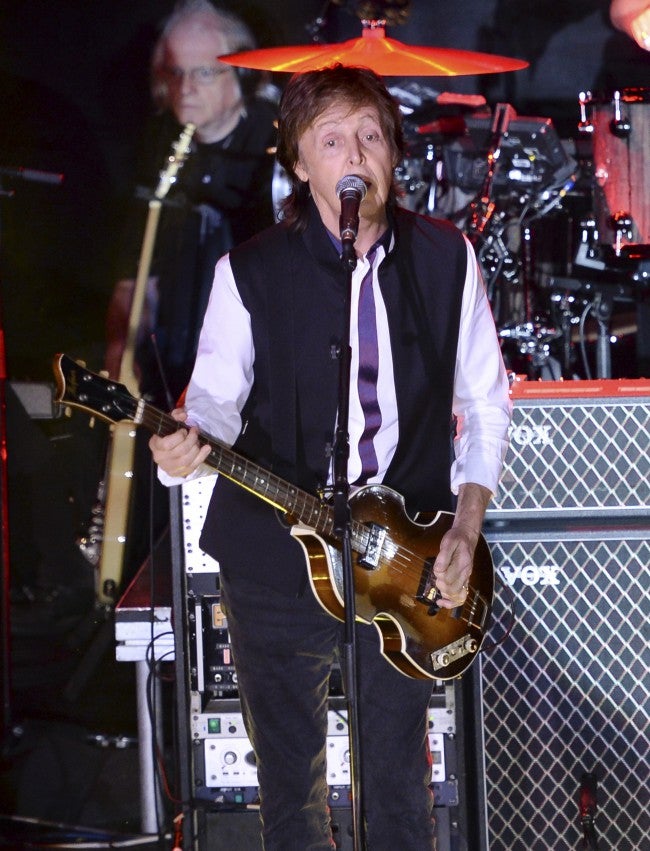 CHICAGO (AP) – Paul McCartney, Metallica and Sam Smith will be among 130 acts at this year’s Lollapalooza music festival in Chicago.

Lollapalooza founder Perry Farrell said Florence + the Machine, Bassnectar and The Weeknd are also on the lineup.

Farrell says “young talented artists will be performing alongside legends.”

McCartney will be making his first appearance at Lollapalooza, while Metallica is taking a stage for the first time since 1996.