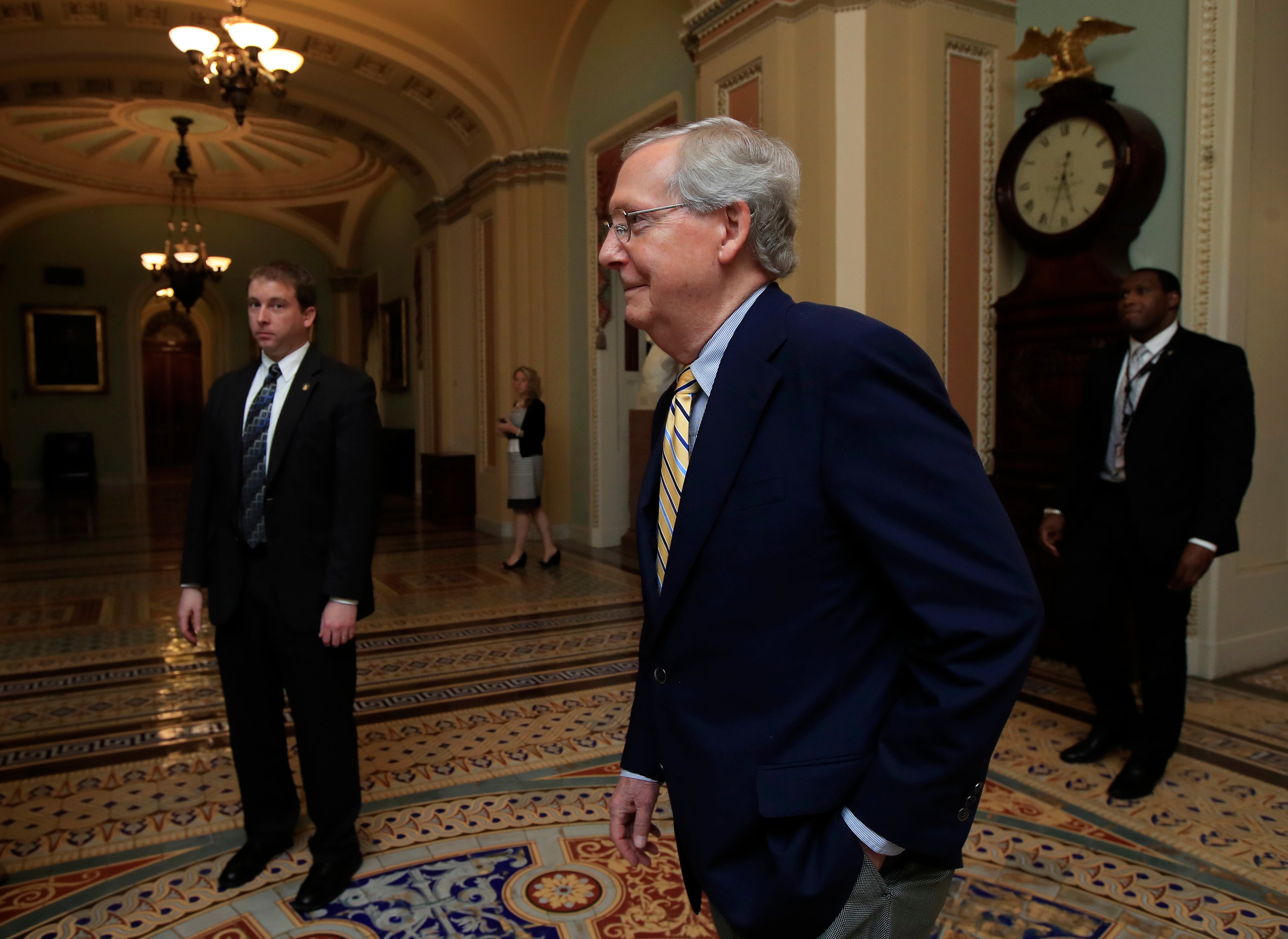 The Kentucky Republican’s campaign Twitter account said Wednesday that McConnell was closing in on one of his biggest fund-raising days of the year and thanked people who chipped in by purchasing shirts.

The shirt shows a faceless figure with a sprinkling of cocaine on the side. It says “Mitch” on the front and “cartel member” on the back.

The Senate leader’s campaign is laughing off an attack by ex-coal executive and failed Senate candidate Don Blankenship, who called him “Cocaine Mitch” after a magazine article alleged that drugs were found aboard a cargo ship owned by McConnell’s wife’s family.